Does BHP&#039;s Profit Drop Spell Doom for the Mining Boom? 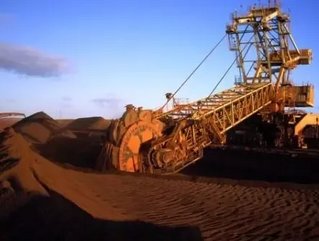 Last month, Deloitte Access Economics released a report forecasting an end to Australia’s mining boom within the next two years.

When BHP Billiton, the biggest player in the Australian share market, posts its first profit drop in the past three years on Wednesday, some may begin to wonder if this indeed is the beginning of the end.

With decreasing demand growth in China, the nation’s biggest customer in terms of iron ore, coal, copper and other mineral imports, resulting in softening mineral values, there is a good chance that BHP may call for an operations reduction at several of its Australian coal mines. The mining company already closed one of its mines in the Bowen Basin earlier this year.

In 2011, BHP posted US$22 billion in operating profits – an Australian corporate record, according to the Sydney Morning Herald. This week, BHP will reportedly post a US$16.9 billion net profit.

"Against a backdrop of increasing costs and falling commodity prices, we continue to focus on reducing our overheads and operating costs," BHP told Reuters. “We don't intend to provide any detail about specific adjustments, but clearly there may be some impact on jobs in some areas.”

Rival company Rio Tinto faces a similar situation with the closing of its Blair Athol Mine in Central Queensland, which could leave an undisclosed number of employees jobless after this year.

Still, the question remains: do the decreased profits from our largest mining companies signify the doom of the mining boom? According to Morningstar resource analyst Mark Taylor, it is possible:

''I think we have pretty much seen the pinnacle. They will plateau for a couple of years as rising volumes are offset by softening prices,'' Taylor told the SMH.