Didi Chuxing could reach up to $80bn valuation after proposed IPO 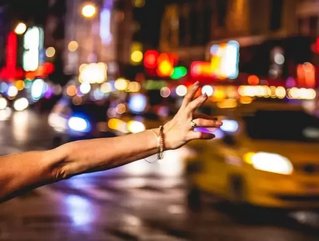 Chinese ride-hailing giant Didi Chuxing is reportedly in talks to issue an IPO which will bring the company up to a value of $70-80bn.

The Wall Street Journal has reported from unnamed sources that the company could go public by the end of 2018.

Didi’s most recent valuation in December 2017 put it at $56bn, as it raised $4bn in a funding round led by Softbank. Meanwhile, its sometime rival Uber was valued at $68bn in June 2016, with more shares having been purchased since then.

Didi is the largest ride-hailing company in China, having bought out its rival Uber in the region in 2016. Uber and its investors ended up with a 20% stake in Didi, and Didi invested $1bn in Uber as part of the acquisition.

Didi moved into the Latin American market last year by acquiring Brazilian ride-hailing service, 99, for $600mn. It has now announced it will expand to Mexico which will step up competition with Uber, as the US tech company still has a presence there.

It has also been reported that Didi’s main Chinese rival, Meituan-Dianping is also moving forward with plans for an IPO.

Didi’s proposed IPO will be one of the biggest technology IPOs ever. Uber is also reportedly preparing for its own IPO but this is not likely to take place in the near future.

The Wall Street Journal also cited that Didi’s website has 450mn users currently, and operates an average of 30mn rides per day.