DHL boosts airfreight capacity to APAC due to demand 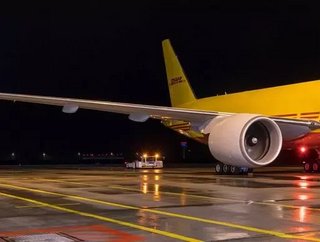 To serve growing demand for shipment volume between Asia Pacific and the US and Europe, DHL extends flight network to reach weekly capacity of 2,350 ton...

With the new routes, Ken Lee, CEO, DHL Express Asia Pacific says that businesses and consumers from Australia and New Zealand can expect the transit time for their shipments to and from the US and Europe to improve as they look to expand their reach to the rest of Asia Pacific, the US and Europe. “Shipment volumes into and out of the Oceania region have grown exponentially,” he says.

The new dedicated flight routes with increased frequency and aircraft, which signifies DHL’s confidence in the region’s growth trajectory, will help to strengthen DHL's service offerings and facilitate cross-border commerce as it leverages the South Asia Hub's strategic location in Singapore.

This increase in flight routes and frequency comes in response to an exponential growth in shipment volume, largely thanks to cross-border ecommerce in Asia Pacific which continues to be a strong growth driver for DHL.

Estimated to reach US$2.5 trillion by 2024, online retail in Asia Pacific is expected to get a boost as shoppers become more used to online and mobile shopping. In particular, exports have been growing across Oceania, with Australia and New Zealand account for more than 90% of all goods originating from the region. In fact, air cargo demand in January 2021 had returned to pre-pandemic levels (January 2019), according to IATA, though cargo capacity remains limited due to shortage of belly capacity in passenger aircraft.

“Ecommerce has taken the world by storm,” says Sean Wall, EVP, Network Operations & Aviation, DHL Express Asia Pacific. “The rapid growth of ecommerce will continue to demand higher efficiency and delivery speed from supply chains and airfreight transportation in the mid to long-term."

According to DHL recently released Whitepaper The Ultimate B2B E-commerce Guide: Tradition is out. Digital is in, total B2C ecommerce volumes within the DHL Express network incre ased in 2020 by approximately 40%, compared to 2019.

Operated by DHL’s partner airline Kalitta Air, one of the aircraft will fly five times a week from the US to the DHL Express South Asia Hub in Singapore, via Sydney, and from Singapore, will make stops in Hong Kong and Japan before returning to the US. Also, Kalitta Air will operate a new flight route between Singapore and Sydney six times a week.

The other aircraft, operated by AeroLogic (the joint venture cargo airline of DHL Express and Lufthansa Cargo), will fly six times a week from Leipzig to Hong Kong and Singapore before making a stop at Bahrain and returning to Leipzig.