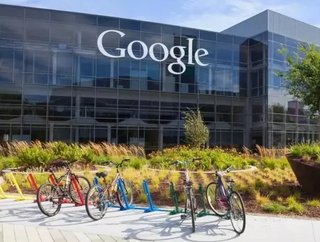 Google co-founders Larry Page and Sergey Brin announced the creation of a new company called Alphabet Inc. on Tuesday, the new parent company of Google and several other enterprises including health research subsidiaries Life Sciences and Calico, its research arm X lab, and its drone delivery project Wing among others.

The change in structure was brought on by the company’s desire to revitalise its culture and allow operating divisions more freedom in decision making. As multiple companies will now have the ability to operate as independent entities with a CEO for each, it creates more visibility for investors.

The company’s structure will be similar to Warren Buffett’s empire, Berkshire Hathaway, as a giant conglomerate with smaller subsidiaries underneath. This restructure will provide consumers with a better understanding of Google's overall performance, which has been requested by the U.S. stock market for some time now.

“We’ve long believed that over time companies tend to get comfortable doing the same thing, just making incremental changes,” said Page on Google's official blog. “But in the technology industry, where revolutionary ideas drive the next big growth areas, you need to be a bit uncomfortable to stay relevant.”

RELATED TOPIC: A Case for R&D Departments: How Failures Like Google Glass Can Still Be Wins

The shakeup will give more insight into how Google invests in its ventures such as driverless cars, health-related technology and high-speed internet service. There has already been a four per cent increase in shares in the ASX in just the first day of trading since the announcement, as the stock has already rose by 25 per cent this year.

There won’t be much change for shareholders either, as Alphabet will replace Google as the publicly-traded entity. All of Google’s shares will automatically be converted into the same number of shares of Alphabet with the same rights, as both GOOGL and GOOG will be continued to be traded on the market.

Google, which generates most of the company’s US$60 billion in annual revenue, will now be run by Sundar Pichai, formerly Google’s senior vice president in charge of products.

An exciting new chapter in Google’s existence, the name Alphabet was chosen because it represents a collection of letters that represent language—one of humanity’s best innovations.

For years, Google has been the global leader in internet search and has made advertising linked to those searches into a very profitable business model. However, with its share falling since reaching an all-time high in 2014, Google hasn’t experienced quite as much success with its other ventures.

It appears that is about to change.