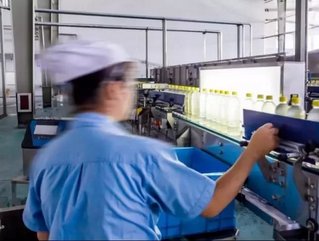 China’s manufacturing activity was reported for this September to have grown at its fastest pace since 2012.

Prices have risen as well as demand, and factories have responded by increasing output.

The official Purchasing Managers Index was released on Saturday and showed a rise to 52.4 in September, from 51.7 in August.

The index is scored out of 100, with a score above 50 marking expansion.

This was the 14th month of expansion in a row and the highest mark since April 2012.

Some reasons behind the rise include government-led infrastructure spending, a strong housing market, higher factory-gate prices and an increase in exports.

China International Capital Corporation have stated: “Over the short term, we belive the resilient demand growth and disciplined balance sheet expansion… will point to further improvement in manufacturing profitability and investment returns.”

However, manufacturers may still face challenges associated with high prices for raw materials.

Inventories of raw materials and finished goods declined in September, meaning factories may not have stocked up for winter production cuts as much as usual.

This report comes ahead of China’s Communist Party Congress, which takes place every five years and will outline upcoming economic policies, as well as announcing new leaders for the coming years.