China's exports to North Korea have increased by 20.9% 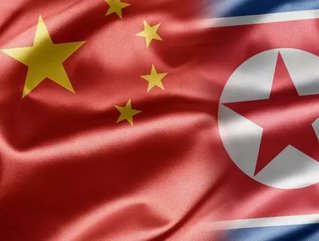 In the first three quarters of this year (January to September 2017), China’s exports to North Korea reportedly increased by 20.9%, according to customs data.

During the period, China’s total trade with North Korea amounted to $4.03bn, just a 3.7% increase year-on-year due to imports from North Korea falling by 16.7%.

Overall, China, which is North Korea’s main trading partner, exported $2.55bn in value to the state over the nine-month period.

Japan and the business of nuclear protection

However, both imports and exports fell in September after the most recent nuclear test – exports from $316mn to $266mn, and imports from $288mn to $146mn.

This comes as much of the world is calling for tighter economic sanctions on North Korea due to nuclear expansion and increasing threats. In September, Beijing announced it would restrict trade on items like textiles, seafood and petroleum, which is in compliance with current UN sanctions.

On August 5th, the UN Security Council banned member governments from buying coal and seafood from North Korea. This was later expanded to ban supplying the state with gas and buying North Korean textiles.

China has argued that the sanctions do not prohibit food, which it is mainly exporting, and that in fact stopping the sale of food to North Korea would not fulfil humanitarian needs and may harm the people of North Korea.

The government has asserted that it is strictly implementing any sanctions aimed at stopping nuclear and missile technology development.

Beijing has also banned mainland lenders from doing business with North Korean clients and has ordered North Korea-owned restaurants and other businesses with Chinese partnerships to cease trading.