China property investment surges to three-year high; industrial output on the up 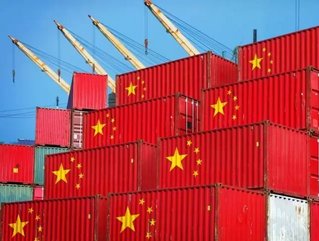 Financial figures for the January-February period in China have been released, displaying growth in property investment and industrial output.

Local governments have been pushing construction projects forward in China, which has led to a three-year high.

Property investments are shown to have jumped 9.9% year on year according to the National Bureau of Statistics. This is the strongest growth level since 2015.

Xi Jinping can now rule indefinitely – but what does that mean?

Of this, investment in residential property saw a significant rise of 12.3%, a jump not seen since 2014. This contrasts with a slowdown in overall property sales and home “new starts”.

The value of sales as a whole rose by 16%, while in December 2017 the value of residential sales was seen to rise by 21% year on year.

A possible reason, according to the South China Morning Post, is that in 2016 developers stockpiled land while financing was cheap but development opportunities were uncertain. They can now begin breaking ground in a more stable market.

In addition, China’s industrial output grew 7.2% in the same period, trumping predictions from most analysts which were around the 6.1-6.2% mark.

In China, figures for January and February are released together in order to smooth out any discrepancies caused by the lunar new year holiday.

According to Li Keqiang, China is aiming to expand its overall economy by 6.5% this year.