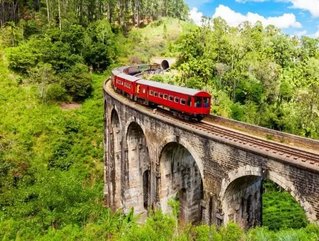 China has approved a $1bn loan for construction of a highway in Sri Lanka.

The deal was announced by the office of Prime Minister Ranil Wickermesinghe on Monday and will be one of China’s largest ever projects in Sri Lanka as part of the country’s Belt and Road Initiative.

The Chinese Ambassador for Sri Lanka, Cheng Xueyuan, confirmed the approval to the Prime Minister. Cheng had also met with the Sri Lankan president Maithripala Sirisena, and the Chinese Embassy released a statement saying: “The president highlighted that Sri Lanka strongly supports the Belt and Road Initiative (BRI) and attaches great important to the joint mega-projects of Colombo Port City.”

The Sri Lankan government has also recently leased a Chinese-built deep-sea port in southern Hambantota for $1.12bn on a 99-year lease according to Reuters.

The Belt and Road initiative is China’s plan to recreate the old Silk Road trading routes and open China up more widely for trade across Asia, Africa and Europe. Established in 2013 by President Xi Jinping, the One Belt One Road Initiative is predominately funded by China and plans to link over 60% of the world by strengthening infrastructure, connectivity and long-term trade networks.

In April it was suggested in the media that many of the ongoing projects were in debt and that the countries they were taking place in didn’t have enough funding. However, China is still investing heavily in the project as it will have long-term returns by ensuring the nation is ‘open for business’.