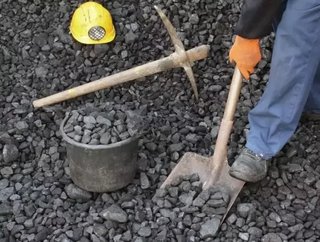 Despite the New South Wales’ Planning and Assessment Commission (PAC) recommending approval for the proposed Springvale coal mine extension in Sydney, there are still several hurdles to clear before it becomes reality.

As was previously written in Business Review Australia, Adani Mining’s Carmichael Project has drawn growing concerns over its affect on the Great Barrier Reef’s endangered coral system, which has led to additional curbing along the Queensland coast.

Now Centennial Coal, which is the company behind the proposed project, will certainly be met head-on with opposition from government agencies and environmental groups who fear Sydney’s water supply will be affected by its work. The extension project is located near the Warragamba Dam, which is the city’s main water reservoir, and intends on expanding to the east and southwest of its existing operations.

This extension is expected to prolong the life of the mine by 13 years, and is believed to produce about 4.5 million tonnes per annum (Mtpa) of run-of-mine (ROM) coal. However, the NSW Environmental Protection Authority detailed its opposition to expansion due to the possibility of draining sensitive swamps that may cause damage to the Cox’s river, and increase salt levels in Lake Burragong by five to six per cent due to high levels of saline water being discharged.

Another twist is that Mt Piper Power Station, which is responsible for supplying 15 per cent of the NSW energy supply, is supplied only by the Springvale mine. This makes the mine very important, and is another reason why the PAC continues to believe the project’s benefits outweigh its potential impact on the environment.

Under the consent renewal, Springvale will continue extracting up to 4.5 million tonnes of coal each year, using the existing screening plant and overland conveyor system for delivery to Western Coal Services. The project will allow the mine to continue operating and providing jobs to local residents, while the community will also continue benefiting from the mine’s positive economic contributions.

Still, there are growing concerns of the impact on health and quality of living in NSW due to particulate matter (PM) emissions from coal mining. However, the Environment Protection Authority (EPA) has started several initiatives to help manage the emissions, including a strong regulatory focus on coal mines through a compliance audit program.

Back in 2010, the EPA created a joint compliance audit program with the Department of Planning and Infastructure, as well as the Department of Trade and Investment on managing PA emissions. Its goal is to assess the level of compliance with the requirements needed to manage emissions contained by each of the three agencies, while also encouraging improved environmental practices.

With so much economic impact based on the performance of its local coal mines, finding a good balance between output and environmental health will continue to be a hot topic.