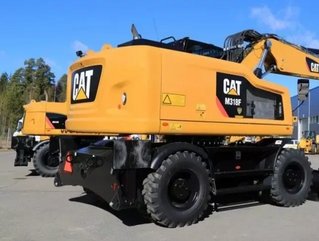 Caterpillar, the world’s largest manufacturer of heavy construction and mining equipment, is feeling the effects just like every other company in the mining industry, as commodities such as iron ore are expected to hit its lowest price in years.

While Business Review Australia’s sister site Mining Global recently gave an in depth look at Caterpillar, including how it intends to ensure the successful deployment of autonomous haulage, the fact that commodities supply continues to exceed demand has had a major affect on Caterpillar’s revenue, profits and stock price. Just last month, Caterpillar announced it intends to cut about 280 jobs at its Burnie, Tasmania factory and move some of its production to Thailand.

The price of iron ore dropped to nearly $46 per tonne last month, which is its lowest this decade. Although it has improved this month, it’s still trading nearly 50 per cent from last year, while Credit Suisse expects the price to fall to $45 a tonne this year. As BHP Billiton vice president of marketing Alan Chirgwin projects, the global demand for iron ore is only expected to grow by 30-40 million tonnes this year even though the supply has increased by 100-110 million tonnes.

As commodity price continues to decline, spending by major miners has also gone down considerably in an effort to cut costs. For example, BHP has slashed its expenditure forecast to an estimated $9 billion in 2016 compared to $12.6 billion this year. These types of decisions are continuing to hurt demand for Caterpillar’s mining-equipment division, as last month it increased its restructuring cost estimates for 2015 by about $100 million.

While the use of Caterpillar mining trucks is expected to continue, it may not be in the company’s long-term plans. Fortescue recently approved a 270 kilometre gas pipeline to its Solomon operations to run its power plant, which will cut its annual diesel use from about 750 million litres per year down to about 580 million litres.

As Fortescue development director Peter Meurs recently said at the oil and gas industry’s annual conference in Melbourne, “As we look at it, a better solution could be to go gas-to-liquids.”