Can Medibank Sustain Its First-Day Gains On The ASX? 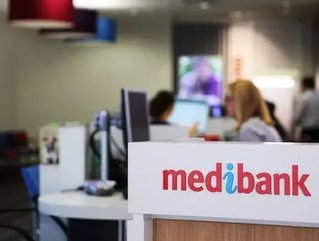 Probably not, and here’s why.

With an opening share price of $2.22, Medibank Private had over 100 million shares trade hands in the first half-hour of trade. The first day of any highly anticipated float is always frantic, and will probably see more activity in that one day than it will for another few months or years. Medibank’s specific situation left it open to more activity than usual in its infancy, as many big institutions and index funds missed out on shares during the IPO bidding process and settled for buying up shares today. This level of buying interest is near impossible to sustain once interested parties have bought up what they want.

After the dust settles, Medibank will be judged on its business fundamentals. Investors are banking on Medibank management being able to grow earnings at a better rate than the company’s only other current competition on the ASX—NIB. As the Daily Telegraph explained, one of the more common ways to determine a share’s value is to look at the price earnings ratio (PE) against industry peers. According to this measurement, this has Medibank trading at 23 times forecast profit in 2015-2016 and NIB trading at 18 times forecast profit for the same amount of time, making Medibank look expensive.

Jan van der Schalk, a CLSA analyst and an outspoken critic of the IPO, believes that the company’s actual value will fall to somewhere between $1.55 and $1.64,  a far way down from its $2.22 opener today.

Pre-listing bidders paid $2 for per share and institutional investors paid $2.15. The Federal Government has earned close to $5.7 billion from selling its largest private health insurer. Medibank reached a trading high of $2.23 today.

Information sourced from The Daily Telegraph.