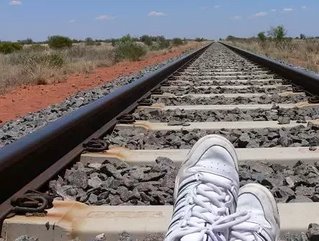 It’s never been a better time to be in the Australian construction business.  Nearly insatiable demand for iron and ore is reshaping the Northern landscape, with massive rail and port projects set to dramatically invigorate the economy.

And according to industry leaders, it’s not just a flash in the pan.  “This is about the urbanization of India and China and the economic prosperity of the region,” declares Hamish Tyrwhitt, the CEO of Sydney-based Leighton Holdings.

For investors, it’s not hard to see the logic of it: all those sleeping tigers in the Far East are going to wake up soon, and when they do, they’re going to need a place to stay.  And with its vast reserves of both natural and human resources, Australia is poised to make the best of it.

Leighton is just one of many Australian companies winning deals to re-win the North.  Mining operations on the scale envisioned will require massive investment in infrastructure, and that’s just what’s planned for the $232 billion boom in mineral and energy projects.  Port terminals with a capacity of 1.5 billion metric tons a year are set to be up and running by 2022, and 3,700 miles of rail track will be laid – which is enough to reach Sydney from Perth.

Companies from all over the world are competing for the lucrative contracts.  French construction firm Bouygues predicts two or three major deals a year in Australia; American corporation General Electric plans on doubling its total business in Australia over the next two to three years.

Looks like it’s time to take construction to the outback.