The Bright Spot in the Asia-Pacific Region: A Record IPO Year For Australia 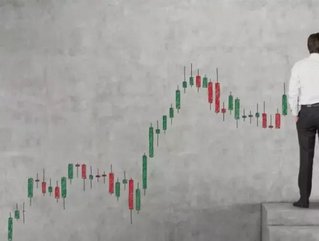 Just in the first five months of 2014, Australian businesses had set a new record for money raised in public floats – five times more capital raised than in the first half of F2013. Larger deals that have happened from June on have put the country on track to have its biggest IPO year since 1997, when the privatization of Telstra began.

Companies raised close to $3 billion in sharemarket flotations through May – with the capital raised so far equally more than that raised in all of 2011 and 2012 combined. What has lead to the enthusiastic IPO market in Australia, and what is currently driving it?

With the Asia-Pacific region looking lackluster compared to its Australian counterpart, and historically low interest rates in the country, Australia is setting itself up to be a bright spot in the region’s economy for years to come.

According to analysts, moves by companies like this have encouraged vendors to go public on the market instead of selling privately, and that Australia’s sharemarket is trading at an all-time high, buoyed by historically low interest rates in the first half of the year. This also gives private equity firms, which have held onto mature assets through less favourable years, the chance to offload these stocks.

Healthscope, one of Australia’s largest hospital owners and operators relisted on the ASX in July. The company was previously removed from the ASX in 2010 after its takeover by US private equity firms TPG Capital Management LP and Carlyle Group. Its F2014 results were astronomically improved over 2013, giving the company the confidence to go ahead with reenlistment.

The state-owned health insurer Medibank Private was just approved for privatization at the end of August, which will see the company listed on the ASX before Christmas of this year. Like Healthscope, Medibank is expected to fetch a market value of around $4 billion when it lists in December. Australian retail investors now have the opportunity to pre-register for a share offer prospectus. Investment banks including Macquarie Capital, Deutsche Bank and Goldman Sachs are involved on the float as joint lead managers.

And Hoyts, Australia’s second largest cinema chain, has appointed the investment bank UBS as advisors to go ahead with a minimum $700million offering. The company is currently owned by Pacific Equity Partners, a Sydney-based private equity firm which paid $440 million in 2007. Like Medibank, Hoyts will be listed on the ASX this December, after more financial advisors are hired and an investor roadshow of sorts through Asia, Europe and North America occur in November.

Hoyts has undergone a series of recent restructuring moves in preparation for a change of ownership. These include the promotion in February of Damian Keogh from Val Morgan to Hoyts CEO, the shelving of plans to launch a wholly-owned online video operation, Hoyts Stream, and the departure of a number of senior executives.

With all of the positive market activity coming out of Australia, the country has become a bright spot for economy and commerce in the Asia-Pacific region. According to data from Thomson Reuters, if the Medibank IPO goes forward in 2014, it will cement the year’s IPO activity as the biggest for Australia in nearly 20 years.

"People keep having these good experiences, they keep looking for the next opportunity to invest in," said Andrew Stevens, joint head of equity capital markets at UBS. UBS has managed the floats of Spotless and  Genworth Mortgage Insurance Australia Ltd, which at the halfway point of the year were the country’s biggest. As mentioned previously, Hoyts has also hired the firm to advise on their IPO journey as well.

“Rather than being a bubble, the rush of IPO activity is due to a cocktail of previously withheld supply and the quality of businesses that are on offer,” summarized John McLean, the head of capital markets origination at Citi in Sydney. "I don't think it's too good to be true ... We've had fairly subdued levels for a number of years, other than the second half of last year.

Other countries within the Asia-Pacific region are having less than stellar years, allowing Australia to really shine. Dozens of deals have been cancelled or withdrawn completed due to volatile equity markets, unrest in Thailand and a hesitation to approvals in China.

“Australia has become a bit of a highlight regionally,” said McLean after agreeing that IPO activity in broader Asia has remained somewhat subdued due to the variety of factors.

Equity markets in mainland China reopened this year after a 14-month hiatus. Initial expectations for a boom in China IPOs were high, and the increased activity in Hong Kong is still expected to boost listings in the region. However, expectations have since been scaled back as regulators have been tentative about approvals. IPOs in Singapore so far this year have had a slow start. Since Thailand’s military launched a coup, volumes have plunged.