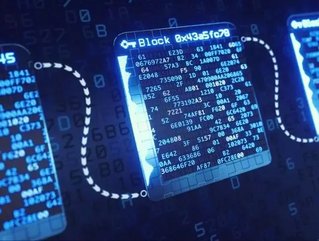 Blockchain firm Wachsman has announced its expansion into Asia, opening in Asia-Pacific headquarters in Singapore
The company now has offices in New York, Dublin, and Singapore, and plans to create and fill 20 positions in its latest addition by the end of 2019.
“The expansion allows Wachsman to provide Strategic Advisory, Event Management, and Public Relations support to blockchain market leaders and pioneers in Asia, complementing service offerings in North America and Europe”, the company said in a press release.
Wachsman wants to build its international client-base to deliver advancement of blockchain technology at a global level, and has thus far represented 120 blockchain-related companies worldwide.
“With its long-held reputation as a fintech hotspot, a birthplace of digital innovation, and as a favourable environment for blockchain adoption, Singapore was the clear choice for the next phase of our firm’s global expansion”, said David Wachsman, the company’s CEO.
“Asia holds significant influence over the global blockchain industry, particularly at the protocol and development level”.
See more:
The company’s press release added that the launch of its Asia-Pacific headquarters is the latest in a series of milestones this year, including a significant expansion of its operations in New York and the announcement of 50 additional jobs at its Dublin office by the end of 2020.
Wachsman currently has over 100 employees worldwide.
“Singapore is the ideal place to address some of the greatest business challenges faced by blockchain market participants in Asia,” said Michael Chang, managing director for Wachsman’s Strategic Advisory Group.
“From founding teams developing their long-term business strategy to new entrants navigating an incredibly complex and thorny landscape, we plan to help the most promising organizations achieve their next stages of growth”.
FintechBlockchainexpansionWachsman
Share
Share