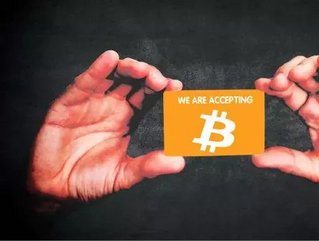 Since Part One of our bitcoin series was published, several events have transpired that have affected the value of the bitcoin. Hacks to the biggest exchanges have caused suspension of transactions, and several bans of the currency by some governments have left the bitcoin volatile. Despite this news, several companies and retailers still plan to accept virtual currency for payment. Before you choose to do the same, thoroughly research the pros and cons.

Bitcoin’s defining trait is that it’s the first virtual currency; payments go from one digital wallet to another. Because of this, it’s truly global – a currency of the people – and anyone in the world can use it across country and continent lines (with the exception of a few).

One of bitcoin’s most appealing attributes is the low transaction rate. Usually, when a business runs a credit card, the business incurs a 2 to 4 percent charge to run the transaction; bitcoin’s average transaction fee runs at around 1 percent. International transactions become easier as well – the only fees paid may be transaction fees, and there are no foreign exchange complications.

Companies like Cooperatize.com, an advertising platform, have started accepting bitcoins for several reasons – one being the current buzzword status of the virtual currency. “The newness and risk associated with accepting Bitcoins will give you an initial PR pop,” said Roger Wu, cofounder of the company. Several companies have seen noticeable bumps in profits directly related to the implementation of bitcoins.

Although it’s volatile, many people want to see it succeed. There is a heavy anti-government sentiment in many a country right now, and the bitcoin’s lack of regulation and global useability make it a popular, quiet way to protest brick-and-mortar institutions.

The bitcoin’s biggest positive attribute is also its downfall: it’s virtual. If everyone suddenly decided virtual currency has no value, it doesn’t. There is no central bank backing the money, and no government to intervene if problems do arise. This has been painfully proven by the wildly fluctuating value of bitcoin after several exchanges were hacked and millions of dollars’ worth of bitcoin stolen. In these instances, the exchanges shut down, meaning no transactions could take place.

In early February Mt. Gox, which was at one time the world’s biggest bitcoin exchange, announced it was suspending bitcoin withdrawals because there was a problem with their code. Because of this, everyone who had a digital wallet with Mt. Gox could not access their bitcoins and could not transfer their money elsewhere to use it. If technical difficulties and hacking become a common occurrence, the usefulness of virtual currency is greatly diminished. As proven by the US’ Great Depression, there is the possibility of mass hysteria if people cannot access their money.

Bitcoin has a lot of potential, but is still in the infancy stage of development and may have several large hiccups in the coming years. It won’t be replacing cash in the near (or far-flung future) either. The Winklevoss twins, known for their help in founding Facebook, have suggested certain rules be set in place to regulate the market. This goes against the “global currency” idea bitcoin was founded on, but may need it to survive its growing pains.

There are several websites that share what companies currently accept bitcoin; they would be a good place to start to see if your business and industry have caught on to the bitcoin crazy.