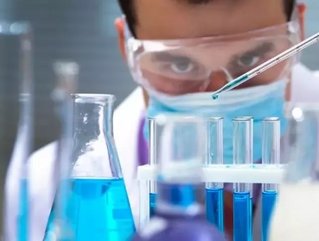 Initial public offerings (IPO) have been a big topic in the Australian economy this year, particularly because it’s been such a good year for companies looking to go public. With this strong performance in the 2014 financial year, 2015 looks poised to be just as successful, if not more so for companies who do IPOs right.

“Even geopolitical tensions and weaknesses in international markets have had little impact on the Australian market,” said Glyn Yates, the director and national head of corporate finance at RSM Bird Cameron. “Private companies considering listing on the ASX are well-positioned given the strong performance of the small capitalisation sector of the market over the last few years, creating a healthy environment for future listings as high prices encourage owners to consider an IPO.

“With debt still hard to source and high PE (Price / Earnings ratio) multiples at the smaller end of the market, many companies are likely to consider an IPO as an attractive prospect in 2015.”

Yates believes that IPOs will drive other businesses decisions, particularly mergers and acquisitions.

“The uptick in IPOs is likely to drive an increase in mergers and acquisitions, particularly for companies looking to leverage a multiple arbitrage strategy making smaller, bolt-on acquisitions. The market looks resilient, as entities are gearing up for IPOs. This means there is more budget available for companies to spend.”

Yates shared the three sectors investors should keep an eye on to be IPO heavy in financial year 2015.

1. Biotech- and technology-related IPOs. The competitive landscape for funding in research and development is proving to be more and more challenging so companies are more likely to look for funding through alternatives means such as an IPO.

2. REIT (Real Estate Investment Trust) IPOs. This trend is in line with the market and Australians’ inherent preference for real estate and current appetite for yield in the face of low interest rates.

3. Privatisation of government enterprises. In comparison to Labor governments, Coalition governments have historically been much more aggressive in privatising publicly-held investments to reduce government debt. The Coalition has begun reviewing assets that can be privatised via an IPO. Medibank Private is at the forefront, with other potential privatisations including: Australia Post; the ABC and SBS; Snowy Hydro; and Defence Housing Australia.

RSM Bird Cameron is the largest mid-tier accounting firm in Australia with national ownership and profit sharing and offers a full range of specialist advisory services, including business consulting and advisory, assurance and advisory, taxation consulting, corporate consulting and turnaround and insolvency. RSM Bird Cameron is a core member firm of RSM International, the seventh largest network of independent accounting and consulting firms in the world.