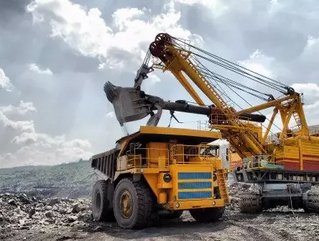 BHP Billiton sees iron ore prices declining over the next couple of years as it and rivals Rio Tinto and Fortescue Metals Group make plans to boost output by 2015 while demand from China tapers off.

The three miners plan to add a combined 235 million tonnes of new mine capacity by 2015, a figure almost equivalent to Rio's total output last year. Purchases from China, the largest buyer of iron ore from Australia, are expected to decline over the next few years as the economic growth rates slow, BHP's Chief Financial Officer Graham Kerr said.

“What you have seen over the last couple of years in China, I don't expect the double digit growth rates to continue,” Kerr told the Bloomberg Australia Economic Summit in Sydney. “Their moderated growth is around the 7 percent to 8 percent mark for the next couple of years, then trending down toward the 6 percent mark.”

China's economy grew 7.8 percent in 2012, its slackest pace since 1999 rate, and the latest Thomson Reuters poll puts the GDP growth rate at 8.1 percent for this year.

Iron ore sales account for around 65 percent of BHP's revenue, Kerr said, adding that a decline in prices underscored the need for Australian miners to operate from a low cost base. Production costs under $40 a tonne mean iron ore margins at BHP and Rio Tinto are comfortably above any of their other businesses. Fortescue spends around $70 a tonne to mine and freighter its ore to China.

China's iron ore imports grew 14.4 percent in March from the previous month, but shipments were still at their second lowest in five months amid a tepid recovery in the country's appetite for steel.

“There is nothing wrong with the demand side, it's the supply side,” UBS analyst Tom Price told the conference, adding the bank was a “moderate bull” on iron ore over the next few years.