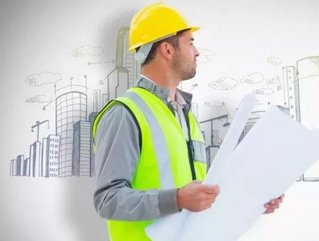 But not long after BHP was forced to cut 170 jobs at the nearby Mt Whaleback mine, this will be the company’s largest single-community investment ever made in Australia. The drop in iron ore price had caused industry leaders to find ways to diversify the area’s economy, and make it less dependent on the mining sector.

Along with an additional $40 million from the state government to support the infrastructure, the new shopping centre could do wonders for the city’s local economy. Another objective of the new project is it will share its profits with charities, which is expected to be a six-figure sum each year. This type of partnership between a corporation and not-for-profit organisation is very rare.

The partnership should improve the liveability of Newman, which has a population of about 7,000 and was originally established by a subsidiary of BHP in 1968. The shopping centre is expected to provide local residents with more variety of retail and dining options, which will help Newman become more attractive for BHP employees who work at the company’s nearby iron ore mines.

“The main beneficiary of this will be the Newman community,” said St Bart’s CEO John Berger. “We want to capture things, like bringing employment into the town and the benefits it’s creating, through to how the profits are being used and how they’re improving the capacity of the town to be self-sustaining.

“I take my hat off to BHP for wanting to enter into this sort of partnership. They could have kept it in-house. They have a passion for the township of Newman, a commitment to make sure it’s a vibrant township, and they looked for a partnership to achieve that outcome.”

BHP iron ore division chief Jimmy Wilson said BHP spent $275 million on community projects in Pilbara over the last five years, and expects to maintain its investment despite the concern of the iron ore market.

Meanwhile, St Bart’s is a mid-sized non-profit that has been operating for over 50 years, with its main goal to help prevent homelessness in the Perth area. According to Berger, one of the keys to success in corporate partnerships is finding common ground between the core values of a certain project and the organisations going into it. At this point, it certainly appears the two sides have been able to do that.

The new retail facility will be located in the new Town Centre, and will include 4,500 square metres of retail space. Construction of the project will begin this year.