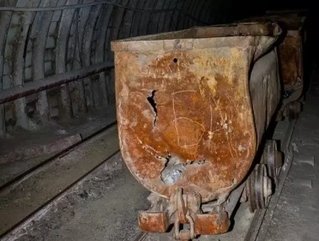 As was written in our sister publication Mining Global, mining giant BHP Billiton announced its plans to cut capital spending and operating costs for iron ore, following the company’s demerger of South 32. The goal of this strategy is to make BHP the lowest-cost iron ore mining company in the world.

BHP said it aims to reduce iron ore unit costs at its Western Australia operations, in an attempt to cut capital and exploration expenditure to $9 billion in the 2016 financial year from $12.6 billion in 2015.

"The potential benefits are substantial. We expect to cut unit costs at Western Australia Iron Ore by 21 per cent to $16 per tonne during the 2016 financial year,” said Billiton Chief Executive Officer Andrew Mackenzie

BHP’s rival Rio Tinto is also expected to lower its cost per tonne to $17 this year. The two mining behemoths, along with Vale, have been criticized heavily in recent months for saturating the iron ore market.

Fortescue Metals Group chairman Andrew Forrest has launched an all-out war on BHP and Rio Tinto, saying: “When multinationals pursue business strategies which flood the market in a last-man-standing race to the bottom, we don’t have free markets. Australians own the iron ore."

The company recently defended itself, saying its approach was rational and that it stopped major investments in new capacity four years ago.

"We took action, so it wasn't just words. In 2011, that's the last time our board approved billions of dollars of additional investment in expansion."

Speaking to The Australian Financial Review earlier this week, Mackenzie rejected the idea they were losing the public relations battle against Fortescue Metals Group.

"I think, on the whole, that there is a core in Australia that is very committed to free trade and free markets," Mackenzie said. "If you were to look at the way pricing has moved in almost every commodity recently, they've all had similar properties - oil, gas, agricultural commodities, [and] other mining commodities. And in most cases, the lowest-cost suppliers are the ones that continue producing, and the highest-cost suppliers, if there has to be some give, are the ones that come out of the market or reduce their production.”