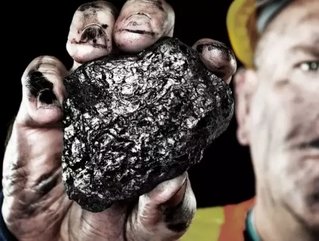 As the iron ore and coal markets continue to offer declining prices, BHP Billiton has decided to cut around seven percent of its total workforce from its metallurgical coal business in central Queensland. The coal site is a joint alliance between BHP and Mitsubishi Corp in Queensland.

The 700 jobs are being terminated not just because of declining prices, but high operating costs as well. This comes in contrast to the iron ore sector, where operating costs are still low enough to make a profit, despite the five-year low of pricing per tonne.

"The coal industry continues to face challenging market conditions and had to act to ensure the long-term viability of the business," the BHP Billiton-Mitsubishi Alliance (BMA) said in a statement.

Although it doesn’t get reported on with the urgency that the iron ore sector does, coking coal prices are trading at their lowest levels in seven years. A main cause of this is supply currently outpaces demand. Just this year, prices have fallen 20 percent.

"When we started looking at cost restructuring we were around $150 a ton, coming down from $200, and now we are down around $110," said Dean Dalla Valle, president of BHP’s coal division.

"And we've had a pretty sticky forex rate in this country. This all follows a period of pretty inflationary cost growth over the past four or five years."

One of the main causes for the drop in market is the manufacturing industry in China is slowing down, demanding less and less of the commodity. Despite this, Australian miners continue to invest billions of dollars into iron ore and coal. Despite the 700 job cuts, BHP Billiton is sticking to its guidance of increasing metallurgical coal output by four percent to a record 47 million tons in 2015.