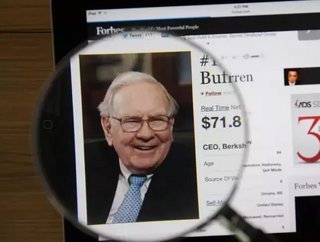 As part of its latest plan to extend its insurance business into Australia, specialty insurance giant Berkshire Hathaway will take a 3.7 per cent stake in Insurance Australia Group Ltd. This deal will reduce IAG’s capital requirements, which can be either directed to new acquisitions, invested in its exiting business or returned to shareholders.

Through this agreement, Berkshire Hathaway will pay $500 million to Sydney-based IAG for 20 per cent of the latter’s insurance premium payments, and will have authority to make 20 per cent of claims on policies being covered over a period of 10 years. It is the company’s first-ever investment in an Australian company.

Because of this, IAG’s share price increased nearly six per cent.

“We view this as a step change in our relationship with Berkshire Hathaway,” said IAG chief executive Mike Wilkins. “We look forward to the benefits that will flow from the combination of IAG’s underwriting skills, supply chain management expertise and deep customer knowledge, coupled with Berkshire Hathaway’s specialty insurance expertise.”

But business expansion in Australia isn’t a new idea for the company. Berkshire Hathaway Business Insurance, which was founded in 2013, has quietly been in the process of expanding its insurance operations as it attempts to capitalise on a rapidly growing Australian market.

Despite other insurance giants like MetLife and Prudential Financial already doing business in Australia, a change in demographics has opened the door for new business in the region. Berkshire Hathaway CEO and chairman Warren Buffett said he intends on investing the capital created from the deal in purchasing stakes in other Australian businesses such as banks, something he has done for over 50 years.

Buffet believes the partnership with IAG will help Berkshire Hathaway’s entrance into the Asia-Pacific region.

“Even though this contract only runs for 10 years, I expect for decades and decades and decades, we will benefit from this,” Buffet said in a statement. “I am 84 years old and this is my first investment in an Australian company—I have been very derelict, but it has been worth waiting for.”

Thanks to the large amount of funding brought in by its insurance units, Berkshire Hathaway is now a conglomerate of over 90 subsidiaries investing money in insurance companies, which totaled about US$83.5 billion as of late March.

Although the company runs several different types of businesses, insurance remains on the top due to its ability to generate a maximum return on equity, allowing it to continue developing this business.

Under terms of the deal, IAG and Berkshire will share profits from each other’s local businesses. IAG will buy Berkshire’s local personal and SME business lines, with Berkshire acquiring the renewal rights to IAG’s large-corporate and property and liability insurance business in Australia. According to IAG, this represents less than one per cent (or nearly $50 million) in annual gross written premiums.