Balancing the budget by lowering the baby bonus 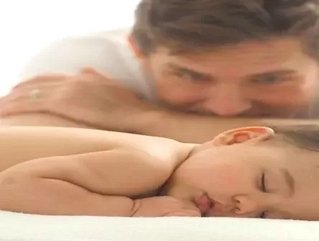 This story originally appeared at news.com.au > Money > Cost of Living on 29 November 2011.

More than $400 will be shaved off the baby bonus and some visa charges will jump as the Government battles to turn a $37 billion budget deficit into a $1.5 billion surplus.

The bid for a surplus was backed by a new AAA rating from a financial agency, meaning that for the first time even Australia has been given top marks by all three major rating agencies.

Treasurer Wayne Swan today confirmed that Government tax revenue had fallen by $20 billion over the four years beginning this financial year, ramping up the deficit.

Along with the baby bonus cut, Mr Swan announced other cost cutting measures including:

The promotion was credited in part to Australia's "low public debt" and "credible inflation target" by Fitch Ratings, which with Standard&Poors and Moodies evaluates the strengths of national economies.

"These factors have helped Australia weather a number of externally-driven shocks over the past two decades," said the agency.

"The Federal Government remains committed to returning the Commonwealth Budget back to surplus by FY2012-13 (fiscal year ending 30 June, 2013), although a further deterioration in global economic conditions could delay the achievement of this objective," said the Fitch assessment.

The cuts make it more likely the Reserve Bank will lower official interest rates by another 0.25 percentage points next week as the Government looks for parallel assistance on monetary policy.

It wants mortgage and credit interest rates generally to fall as it improves the Budget result.

The Government’s confidence in Australia being able to withstand the collapse of European economies was bolstered by an independent forecast that investment in the mining industry at October was a record $231.8 billion, a rise of 34 per cent from April.

The public service will be asked to provide much of the savings and the Opposition immediately accused Ms Gillard of breaking an election promise.

The mid-year assessment said unemployment was expected to go from 5.2 per cent to 5.5 per cent as national output falls.