Bain back out of Billabong buyout 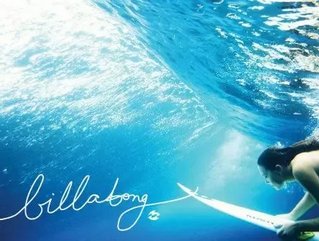 As reported earlier in the week, Mitt Romney’s very own Bain Capital pitched an indicative bid of $1.45 a share for Billabong in order to be granted access to the company's accounts.

However, following presentations from Billabong chief executive Launa Inman and chief financial officer Craig White in Los Angeles last week, Bain has today announced that it is unable to make the numbers stack up and go ahead with the takeover.

Shares dived 12.5c to $1.32 following the news, the lowest price since the company announced that a rival bidder had emerged two weeks ago.

All is not lost however, Billabong said yesterday it would persist with a formal sale process with potential buyer TPG, which first offered $1.45 a share in July and is continuing to conduct due diligence scrutiny of the company’s accounts.

“The board of Billabong reiterates there is no guarantee that, following this formal process, a transaction will be agreed or that the board will recommend any proposal,” the company said in a statement to the Australian Securities Exchange.

Billabong has previously said the offer did not reflect the company's true value in the context of a change of control, but hoped the offer “may be refined with the benefit of due diligence”.

The top line price is likely to take a blow following the Bain Pull out; having removed any chance of a bidding war between two or more potential buyers, with little other interest being shown at this moment in time.

TPG has made its offer conditional on unanimous approval from the Billabong board, suggesting it will need to sweeten the deal, which must also be approved by a minimum 50 per cent of shareholders with at least 75 per cent of the stock.

UBS estimates a private equity buyer could pay as much as $2.03 per share for Billabong and still make a 15 per cent annual return, but considered an offer of between $1.60 and $1.70 more likely.

TPG has already signed up major Billabong shareholders Perennial and Colonial to sell their respective stakes of 13.7 per cent and 10.6 per cent into the offer, and proposed allowing company founder Gordon Merchant to keep his 17 per cent stake.

Merchant was instrumental in the company's rejection of TPG in February, declaring that he would not sell even if the price was raised to $4 a share.