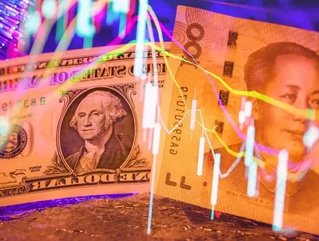 China’s largest internet search engine company, Baidu.inc, has announced it is preparing to apply for a Chinese Depository Receipts issuance so it can list on the Shanghai stock exchange as well as in New York.

This marks the first overseas listed company to register back home on China’s A-share market following a change in ruling and the country’s introduction of depository receipts.

Chinese Depository Receipts (CDRs) are modelled after US depository receipts and as such allow overseas stock to be traded on the Shanghai stock exchange, which in turn will open up the Chinese market. A depository receipt is not a share, but involves shares being transferred to a financial body which can sell or exchange them outside their registered country – allowing investors to hold shares listed elsewhere.

The China Securities Regulatory Commission (CSRC) just issued its trial rules for the issuance and trading of CDRs this week, which currently only apply to companies in high-tech industries and others deemed strategically important by the Chinese government. This follows China having missed out on the listing of some of its greatest tech companies, such as Alibaba and Baidu, which chose to list in the US due to different rules particularly around dual-class shares.

Alibaba and JD.com are also said to be considering filing for CDR issuances, and Xiaomi is planning to issue CDRs on the Shanghai stock exchange at the same time as it makes its debut on the Hong Kong stock exchange this year, in an IPO it has already filed for.

Today, Xiaomi announced plans to issue securities on the mainland Chinese market as well as in Hong Kong as part of a trial programme. Its much-anticipated IPO is set to raise $10bn leaving the company valued at $100bn.

Xiaomi has stated it will spend 40% of the funds it raises through CDRs on global expansion and the rest on developing its products and mobile internet ecosystem.