Australia’s Minimum Wage: Too High, Too Low or Just Right? 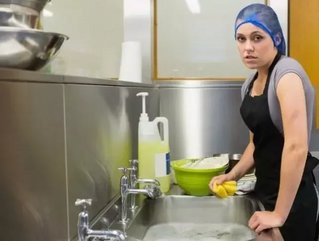 With the unemployment rate in Australia at 6.1 per cent and the working poor suffering financial stress, the focus now shifts to whether or not minimum wages across the country should be raised or lowed to help compensate for the changes.

Australia’s minimum wage was recently raised to $16.87 per hour, which equates to US$14.81. Meanwhile, while the minimum pay in America is only US$7.25, well below that of other advanced industrial nations.

Until earlier this year, Australia has been the main case study of a country with a consistent rising national wage floor in addition to an increase in hiring. Minimum wage has increased nearly every year since the late 1990s, as the economy prospered from the commodities boom. But at the same time, unemployment was down below six per cent for more than a decade through the middle of 2014.

Recently, the Australian Council of Trade Unions’ (ACTU) call for a $27 per week increase to the minimum wage of 18.8 per cent of the workforce is expected create an economic stimulus of $3.1 billion per year. It argues that increasing the minimum wage will help boost consumer confidence and economic demand.  In addition, the Reserve Bank of Australia (RBA) kept interest rates steady during the month of March at 2.25 per cent, and believes consumer confidence is needed to boost jobs and economic growth.

Meanwhile, retail trade increased to 8.7 per cent in February, showing employers can indeed afford to increase minimum wages. Employers claim rumors that the labour market is not improving are also false, as the drop in unemployment rate to 6.1 per cent in March from 6.4 per cent indicates. Australian Unions encourage the Fair Work Commission to consider the economic stimulus impact the ACTU’s minimum wage claim will bring.

Despite labour productivity being high, profits being up and salaries of CEOs on the rise, the wages for cleaners and those who work in shops and restaurants are the lowest in the country. These are signs that Australia is quietly developing a working poor that has to deal with financial instability and poverty.

So in short: A $27 weekly increase is actually economically possible, appropriate and necessary to prevent a growth in the working poor.