Is Australia's economy in line to match Canada's? 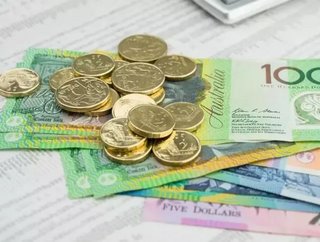 Originally reported by our sister brand Business Review Canada, with help from the Sydney Morning Herald, Australia’s economy doesn’t seem to be doing too well. More so, the country is on course to match Canada’s failing economy, in which plunging dollars, declining oil prices and transitions into non-energy-led growths are just the beginning.

And the question on everyone’s mind is quite obvious: Can Australia bounce back, perhaps even dodge further situations? Or is the economic damage already done?

RELATED TOPIC: Legalising same-sex marriage could lead to a boost in the economy

It most likely comes as no great surprise, unfortunately, that Canada isn’t doing well. Just last week, the Bank of Canada cut interest rates to 0.5 per cent, which happened to be the second cut in 2015. As mentioned above, this cut can be contributed to new declines in oil prices and a hard transition to non-energy-led growth. And while the bank denied that the country is in a recession, something is definitely going on—in Australia, too.

Commenting on the matter, Mr. Lele, an Australian based in the Bahamas, said this: “Canada is a fantastic six-month preview of what’s going to happen to Australia. The Australian dollar, it’s going below US70₵ in the next six months quite easily. More importantly, it’s not bouncing back any time soon. I can easily see a scenario where it goes into the US50s.”

RELATED TOPIC: What is worth more than Australia’s food and retail sectors? Its digital economy

Lele continued his theory by saying, “It’s inevitable—the Australian economy is going to have to go into recession.”

And due to third-quarter struggles, the outlook for the economy doesn’t look good, except for the agriculture industry.

What are your thoughts on the matter? As an Australian citizen, are you worried that darkness is coming? Or are you hopeful for brighter days?