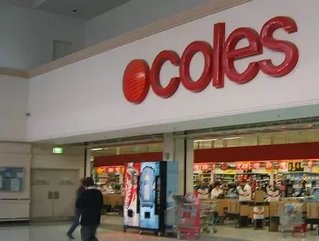 The business world is abuzz after supermarket giant Coles announced it would be slashing its prices on fruit and vegetables.  Its major competitor, Woolsworths, is bracing for a fight, but there’s more at stake than corporate dominance.  In the opinion of opposition MP’s, if nothing is done to balance this aggressive market trend, Australia’s farming community may be facing long-term extinction.

“There's an enormous power imbalance in the supply chain, between the big supermarkets and smaller suppliers,” said Bruce Billson, shadow small business minister.  “Where that market dominance is detrimental to suppliers in the longer term, consumers will also be disadvantaged.”  He went on to accuse the Gillard government of being “asleep at the wheel”.

Food for a healthier Australia

Distilled, the fear is that smaller, local competitors will be muscled out of business entirely by their globally sourced rivals.  The end result of such a process, critics suggest, will be the deterioration of Australian farming and, once a near-monopoly has been established, an eventual price hike to consumers.

“Clearly Coles intends that there be no fruit and vegetable growers in Australia,” said Bob Katter, independent Queensland MP whose electorate includes many farmers.  “We are already a net importer of fruit and vegetables.  Within four years the country will not be able to feed itself. Do you seriously think our farmers can work for less than they are working for now?”

Prime Minister Julia Gillard stressed that farmers should be treated “fairly and appropriately” by the big retail chains, but her heart doesn’t seem to be in reform.  “The government has confidence that farmers and supermarkets will continue to work together to ensure the long-term viability of primary production in Australia,” said parliamentary secretary David Bradbury.