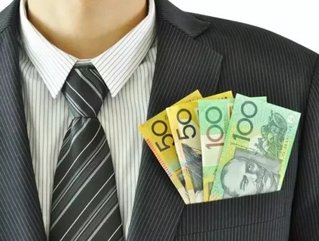 CSL Limited, the global, specialty biopharmaceutical company, is the latest in a string of companies to launch a buyback for its shareholders. This week it announced that the company would buy back $950 million of its shares. Recently both Telstra and Wesfarmers announced that they too are looking to return cash to their shareholders, offering up $1 billion in buyback opportunities each.

During financial year 2014, CSL reported revenues of US$5.2 billion, exponential higher than the last four years. In the past nine years, the company has opened up buybacks for shareholders eight times, returning close to a quarter of its shares to shareholders since 2005. By doing so, earns per share have been boosted by close to 20 percent in the past seven buybacks.

With stats like these, it’s no surprise that Australian companies have paid out nearly twice the dividends as the majority of other countries this year. What is a surprise is the trend existing to begin with, as the country continues to fall behind in growth in earnings per share, according to a report by Boston Consulting Group.

Critics believe that the continuation of this trend could slow down both corporate and economic growth in the long term.  “The growth-versus-dividend debate in Australia has lost sight of the fact that growth is a prerequisite of sustainable dividend increases,” said Ramesh Karnani, BCG.

Just because CSL has offered buybacks so often, however, doesn’t mean the company is resting on its laurels. “Buybacks and acquisitions are not mutually exclusive,” said CSL. “We continually look for growth opportunities and should a suitable one arise, we do reserve the right to discontinue a buyback.”

Information sourced from the Financial Times.