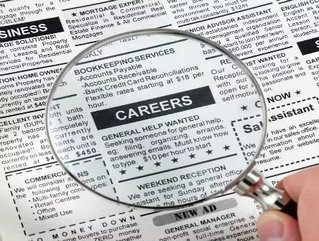 The job market outlook isn’t a pretty one, according to the latest survey released by ANZ Banking Group Ltd.

For the sixth consecutive month, job placements in Australia have declined, with the ANZ Job ads index reporting a 2.8 per cent drop in September. According to the Sydney Morning Herald, this puts the level of job ads 10.8 per cent lower than last year.

Weak job growth in key mining states such as Western Australia and Queensland, a murky outlook on Asia’s commodity demands, and a decline in newspaper advertising (3.6 per cent) and internet ads (2.7 per cent) all impacted the survey’s figures.

"Consistent with some recent project delays and cancellations in the mining sector, along with falls in the prices of Australia's key commodity exports, newspaper job advertisements in the mining states of Western Australia and Queensland declined in September," ANZ head of Australian Economics and Property Research Ivan Colhoun told the SMH.

According to reporting by the Australian Business Times, Mr Colhoun indicated that the job ads slump signified a “softening Australian labour market” and that Australia’s 5.3 per cent unemployment rate – up 0.2 per cent from August – would likely rise.

"Given the evidence of a mild contraction in labour hiring intentions across Australia, we expect the labour market to continue to soften, and for the unemployment rate to drift higher in coming months," he said.

Though the official unemployment figures will not be released until Thursday, the Reserve Bank is cutting the official rate to 3.25 this month. If the ANZ survey’s data matches that of the official numbers, that “will just get the market even more excited about RBA rate cuts,” said Joseph Capurso, a Sydney-based strategist at Commonwealth Bank of Australia (CBA), to Businessweek.