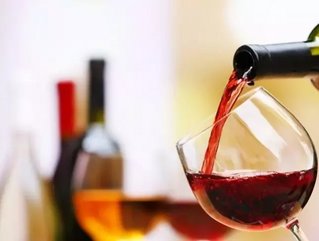 As part of ongoing talks of the Trans Pacific Partnership (TPP), Australia has been negotiating with Canada to lower trade barriers on its wine industry for greater market access to it.

The European Union reached a similar agreement with Canada known as CETA back in 2013, but Canadians don’t want a repeat this time around in the TPP talks. The TPP includes Australia, United States, Japan, Canada, New Zealand and others.

But not only have TPP talks faced criticism in the past for being unaccountable to the public, this also shows CETA decisions are having an effect on other major trade deals, including Europe’s continuous free-trade discussions with the U.S.

The CETA previously removed multiple non-tariff taxes and additionl service fees put on European wine and spirits exports. In addition, it dismissed a federal requirement that all imported foreign spirits be blended with Canadian spirits.

Trade officials in the Canadian city of Ottawa have asked the other provinces if they would be willing to negotiate, which would include giving some TPP countries a “most-favoured-nation” status on the CETA wine and spirits outcome. Although they haven’t mentioned any TPP countries specifically, New Zealand has a booming wine industry.

In a 2013 leaked memo, European negotiators believed they were able to get more of a compromise out of Canada than they expected. However, president of Spirits Canada, Jan Westcott, said the EU trade pact was a victory for Canada’s liquor exporters and consumers. He also predicts TPP countries will want similar tariff reductions for their wines and spirits that European countries gained under CETA.

Australian politicians have been told they can see the current confidential negotiating text for the TPP, but only if they agree not to release anything information for at least four years.

Meanwhile, the value of Australian wine exports has increased for the first time since 2007 due to a growing demand for premium brands from key trading partners, as well as a weaker Australian dollar. Last year the wine distribution company Vinters exported $1.82 billion of the alcohol, which was up 1.9 per cent from 2013.

The industry in Australia is transforming by selling more premium wines, and there could be room for even more growth if the Canadians give in.