Australasia looks to crowdsourcing and disruption to fund renewable energy 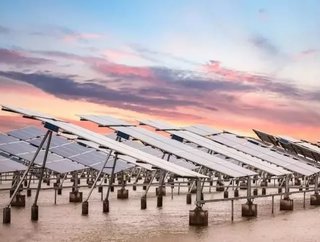 Exploring a new path always comes with great risks—and the potential for either a great reward or a downfall. In an effort to curb the potentially disastrous effects of an energy deficit on the horizon, Australasian countries are looking at the emerging world of renewable energy.

That much is a risk in and of itself—with the infrastructure already in place, traditional energy sources like fossil fuels are more readily available and cheaper right now compared to the investments needed up front to get viable renewable energy sources off the ground. So to appeal to investors, interested agencies are flipping the script from renewable energy as a matter of environmental imperative to a matter of potential economic promise in the long run:

"We flipped it over to make it an investment proposition. Rather than focusing on the obvious and important question of climate change here, [we asked] is this a new economic driver? And it turns out that it is," said Dr. Paul Heithersay, deputy chief executive at the South Australian government's Department of State Development. "It's a very high-tech industry."

"Crowd-funding and community-funding are attractive for smaller scale distributed solar projects in China," advisory firm EY said in a report last year. "Investors can invest small amounts of capital for specific projects. Since financing is provided to individual projects, it provides developers a strong incentive to design and implement quality projects which in turn ensures an efficient use of capital."

In fact, crowdsourcing is already having some success: CNBC reports that last year Hong Kong-based company United Photovoltaics successfully raised 10 billion yuan (around $1.6 million) in China from a pool of 100 investors through crowdfunding, using those funds to build a 1 MW off-grid solar farm.

Unived Photovoltaics already has plans to use crowdfunding again in the near future, and other Australasian businesses are as well—especially given the added bonus that crowdfunding has of showing quite clearly where the public’s interests lie by allowing them to vote with their wallets.

"The force of public opinion can't be ignored and the financial markets are dictating it," Australia's Heithersay said […] “Clearly, [there's]a very strong movement among the general populace that we want to invest in clean energy and they're all there out in force backing these companies that were probably a little bit before their time," he said.

Disruption and grassroots efforts are the way of the future, in the energy industry as much as any other. In this case, it could pave the way for a more sustainable and efficient energy system for Asia and Australia.