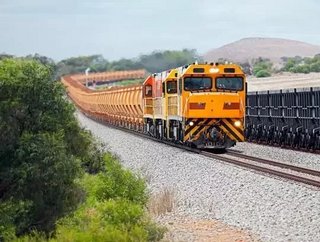 Rail freight giant Aurizon has decided to withdraw applications for government funding of a huge rail corridor in the Galilee Basin in Queensland.

This represents a setback for Adani’s Carmichael coal mine project, although Aurizon CEO Andrew Harding did not rule out returning to the table in the future providing the company had assurances about the Northern Australia Infrastructure Facility’s (NAIF) economic viability.

He said: “When developed it has the potential to provide a major boost to the national economy and create thousands of jobs in regional Queensland.”

However, for the time being, it looks as if the project is on hold. Adani has already had its own prospects of government funding thwarted by Queensland’s Premier Annastacia Palaszczuk, who said her government would use its right to veto.

Aurizon was seen as NAIF’s next best bet, but for Harding this is not an option as things stand.

He added: “While we are in ongoing discussions with several Galilee Basin mine proponents we have not yet progressed to definitive contractual arrangements with any proponent.

“Our NAIF application is, in part, predicated on having customer contracts secured. Given this is unlikely to occur in the near future we believe it is prudent to withdraw the NAIF application.

“If market circumstances change and our discussions with potential customers progress to commercial arrangements we will look at all possible financing arrangements to develop the rail solution.”