Apple Hit with $28.5M in Australian Back Taxes 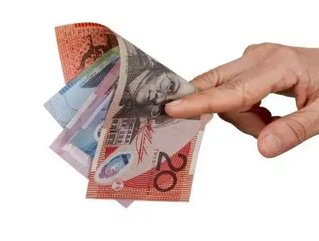 In what’s being viewed as a step forward in cracking down on foreign tax havens, the Australian Tax Office has billed Apple for $28.5 million in back taxes, Apple Insider reported.

The Australian arm of Apple is owned by Apple Operations International located in Cork, Ireland. Many multinational companies such as Google have also set up operations in Ireland in order to take advantage of the low corporate tax rate.

According to the Brisbane Times, Ireland’s corporate tax rate is 12.5%, which Australia’s is 30%. Other tax havens include The Netherlands, Luxembourg, Bermuda and the British Virgin Islands, the latter two imposing no corporate tax at all.

As more European governments have started demanding back taxes from these companies, Australia has also begun taking matters into their own hands by demanding that Apple pay up. According to the Brisbane Times’ reporting, Apple’s Australian revenue hit $4.87 billion last year, but its most recent tax bill was paid on a $190 million profit.

To make this harder for companies to pull off in the future and encourage businesses to set up shop in Australia, the federal government announced in August amendments to its transfer-pricing laws that would ensure tax obligations were not avoided through profit-sharing, said a spokesperson for the assistant treasurer.

''Australia has a mining boom, but services and technology are going to be increasingly important,'' said Professor Jason Sharman at Griffith University to the Brisbane Times.

''If you can't tax these companies at the same time as they are making squillions of dollars of profit, then either the public has to put up with much less in the way of public services, which doesn't look likely, or someone else is going to have to make up the difference.''