Is agricultural inflation or &#039;agflation&#039; inevitable? 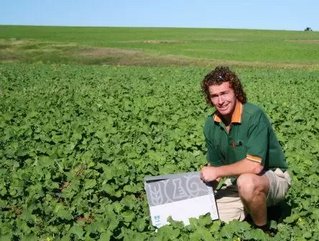 But unlike the grain shortage in 2008, he expects this food shortage will affect feed crops with serious repercussions for the animal protein and dairy industries.

Mr Chandler said the impact on the poorest consumers should be reduced this time around, as purchasers are able to switch consumption from animal protein back towards staple grains such as rice and wheat.

While rice is 30 per cent cheaper than during its 2008 peak, Mr Chandler said price rises are likely to stall the long-term trend towards higher protein diets in Asia, the Middle East and North Africa.

"In developed economies - especially the United States and Europe - where meat and corn price elasticity is low, the knock-on effect of high grain prices will be felt for some time to come," he said.

Rabobank warns that global food stocks have not been replenished since 2008, leaving the market without any buffer to adverse growing conditions.

It said that efforts by governments to rebuild stocks are likely to add to food prices and take supplies off the market at a time when they are most needed.

"Stockpiling and export bans are a distinct possibility in 2012-13 as governments seek to protect domestic consumers from increasing food prices.

Rabobank said the price inflation is the result of weather driven events in large exporting nations, principally a severe drought in the US (its worst since 1936) and similar water shortages in Russia and South America.

"This rally in grain and oilseed prices will have a significant knock-on effect on other food and agriculture supply chains, especially the animal protein industry, resulting in rising meat prices," Mr Chandler said.

"Due to the long production cycles of the animal protein and dairy industries, the affects of grains shortages will be more sustained as cattle herds take longer to rebuild, maintaining upward pressure on food prices.

"However, food makes up a smaller proportion of budget spend in such countries, so the current period of agflation should not lead to the unrest witnessed in response to the shortage in 2008."