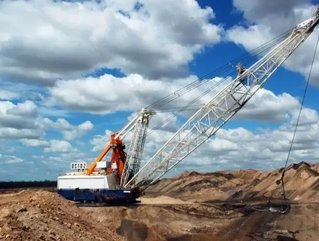 Growing concern over the Great Barrier Reef’s endangered coral system has led to 565,000 kilometres of additional, wider curbs – or about a 140 per cent increase – along the Queensland coast.

The decision to build it comes after the 1,400 mile stretch of land learned it could possibly lose its World Heritage Site status, as environmental risks from coal, oil and gas mining has led to the loss of about 50 per cent of its coral cover over the past 30 years. As Business Review Australia has previously written, The reef is also among Australia’s top tourist attractions.

Queensland is Australia’s largest coal-producing state, and this could affect the government’s plan to begin the Carmichael coal, railway and port project, which will open up several new coal mines in the northeast section of the country. If the reef is listed as “in danger” by the UN, it will make it extremely difficult to for mining companies to open a massive fossil fuel area in Queensland’s Galilee basin, which is an underground area of coal that is nearly the same size as England!

The combined mine, rail and port operation would provide over 10,000 jobs and supply opportunities for local businesses. It will also provide the framework for the development of other proposed mines that will generate more jobs now and in the future, and could eventually create around $22 million in revenue in only the first half of the project. India’s Adani Group and Korean giant steelmaker POSCO announced a joint venture to build the railway.

In addition, environmentalists noted the planned expansion of Abbot Point port on the Queensland coast to aid with millions of tonnes of coal exports and thousands of extra container ships will put added pressure on the reef as well. While 11 international banks such as Barclays and HSBC have already ended its effort to finance the Galilee basin mines project, Australia’s government and mining industries are very concerned about the possible “in danger” listing.

The Carmichael mine, which despite the collapse of coal prices, is set to become one of the largest coal developments in the world when it begins in 2017. It is expected to be the first and largest of the Galilee basin development, and at capacity, would eventually dig up about 60 metric tonnes of thermal for exporting to countries such as India. However, the carbon dioxide emissions, which are at about 130 tonnes, are nearly equal to when Sweden and New Zealand combine to let off in a year! There’s also the fear that water supplies to nearby farmland may also be affected by the projects.

RELATED TOPIC: Adani Mining Partners with Posco for Rail Deal at Carmichael Mine

But if too many investors back out of the Carmichael project, it could result in a loss of at least eight large coal mines in the Galilee basin. Sebastian Bock, an investment campaigner at Greenpeace UK said, “If the Abbott government is serious about protecting the reef – as they keep telling the world they are – they should stop any Galilee coal project in its tracks.”

And aside from its environmental impact, others believe other financial factors don’t add up to it being a smart project. The price of Australian coal dropped to $56 a tonne last month, which is less than half of it was in 2011. “The combination of the expense of the development – a mine, a railway and a port – and a weakening of the coal price around the world combine to make this project financially unviable,” said Tom Sanzillo, director of finance at the Institute for Energy Economics and Financial Analysis.

Check out the latest edition of Business Review Australia