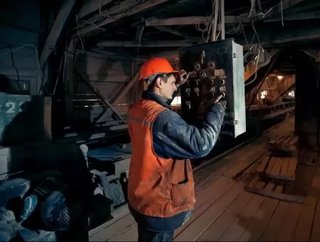 After finally coming to grips that it needed to begin making cost-cutting moves in order to reduce its US$30 billion of debt, Swiss mining giant Glencore has decided not to pay dividend for a year, sell assets and undertake a capital raising.

In addition, Glencore will remove 400,000 tonnes of copper cathode from the market by halting production at its African mines in the Democratic Republic of Congo as well as in Zambia. Since the news was released, Glencore’s stock shot up 11.7 per cent.

Due to the latest developments, here are four things investors should be taking notice of:

1. The reaction to Glencore’s share price provides a lesson for local resource companies such as Santos that are currently under pressure because they may have to undertake a capital raising. While it’s still too early to know how much Santos could get back from asset divestments, it’s doubtful it will have much impact due to the company’s $9 billion of debt on its balance sheet.

If Glencore uses the recent bounce in share price to sell new shares, it may help the company rebound from the oil slump.

2. Glencore’s latest plans won’t stop analysts from speculating about its potential bid to take over base-metals miner South32. Some believe this transaction would help Glencore’s efforts, as it could make an offer for a company that has about $900 million in funds and a conservative debt to asset ratio.

3. Glencore’s dividend suspension has let some to wonder if rivals BHP Billiton and Rio Tinto should rethink their progressive dividend policy. While it’s doubtful that they should right now, both BHP and Rio are in better shape on the balance sheets and should continue meeting their dividend targets in the near future.

RELATED TOPIC: Are IPOs Going to Dominate the ASX in 2015? Investors Are Hopeful

4. Those with shares in copper producers OZ Minerals Limited and Sandfire Resources NL should be excited with Glencore after the coal price rose over six per cent since news of the production cut. Copper producers may want to ponder taking Glencore’s lead of cutting back the commodity’s supply.