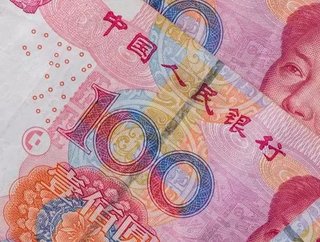 China is leading the self-made billionaire charge boasting more than 40% of the world’s newest billionaires, and the majority of which are self-made...

And no more is this seen than in the latest Forbes' World's Billionaires List 2021, in which China dominates.

Of this 626 Chinese billionaires, 205 of them are new, having hit billionaire status in the last 12 months (worth a combined US$380bn) with all except two self-made.

While some of the newcomers are involved in manufacturing or technology ventures, much like most of China’s billionaires, two of the top 10 newcomers are sustainably focused and others have seen their businesses boom during the pandemic. Many have floated their companies in the last year and seen their shares flourish.

Dubbed Elon Musk’s Chinese rival, millennial entrepreneur Li Xiang is founder and CEO of Beijing- based electric vehicle startup Li Auto, most known for its six-seat SUV Li One, which listed on the Nasdaq last July and raised US$1.1bn. A serial entrepreneur, Xiang has been creating startups since the age of 18, first launching PCPop.com in 2000, a website that provides brand advertising for IT products, before founding online car dealer Autohome Inc. in 2005, which he subsequently floated it the NYSE with a market value of US$3bn.

With a belief that renewable energy will solve the world’s environmental issues, he set up Li Auto bringing the firm’s first and most famous model, a six-seat SUV named Li One, to market, and which had sold 10,400 units (as of June 2020).

Holding a degree in computer science and technology from Peking University, and with a Master’s in computing from the University of Texas, Yang spent his formative years working as an engineer at Google in the US, before returning to China in 2011 and founding his company, Anker Innovations Technology. A supplier of smart charging technologies and a developer of consumer products such as portable battery packs, wall chargers and cables, Yang’s business boomed during the pandemic as consudmer electronics sales thrived. Anker’s revenues surged 40.54% in 2020 and Yang took Ankor public in China in August 2020.

Fangyi started a disposable gloves business back in the 90s while studying at the university of California, before returning to China in 2003 to fully establish INTCO Medical Technology, a company that develops, manufactures and sells medical products like masks and gloves, as well as wheelchairs and gauze. With durable medical equipment, especially masks and gloves, booming during the pandemic, shares in the company have shot up 650% during this period.

With a degree in finance from Xi’an Jiotong University and an MBA from Columbia Business School, and having previously worked at Bain & Company, ride-hailing decaorn DiDi Chuxing and Uber China, Kate Wang was well-versed in business before launching her vaping company Relx Technology in 2018 at just age 36.

Inspired by her own father’s attempts to quit smoking traditional cigarettes, Wang came up with the idea of a high-quality e-cigarette product. She put together a team, mainly former employees of Huawei and Uber China, crowdfunded, securing US$324m in sales in the first nine months of 2020. Wang took the firm public on the NYSE in January 2021 with its opening shares at twice its initial IPO offering, leading to her billionaire status. She has a 20% stake in the company and is one of the world’s youngest self-made female billionaires.

Originally a university professor with expertise in renewable energy power generation, and a well-known expert in China’s solar energy and wind power generation industry, Renxian started Sungrow Power Supply in 1997. Now world’s most bankable inverter solution supplier for renewables, with the largest dedicated R&D team in the industry, and with more than 154 GW installed worldwide, Sungrow produces products that convert direct-current electricity from solar panels into alternating current for the power grid. These are used for both commercial and residential purposes and also for solar farms and products are used in 150 countries. Renxian is also now one of the top 10 ‘green’ billionaires worldwide, according to Forbes.

With an MBA from Tsinghua University under her scientific belt, Jian Jun has become a billionaire from beauty tapping into China’s fast-growing beauty market as chairwoman of biomedical supplier company, Imeik Technology Development. Joining Imeik as a director 2004, over time, she became the company’s biggest owner before becoming chairwoman in 2016. the company produces medical cosmetic products such as skin fillers and facial implant threads as well as face masks. Jun floated the company on the Shenzhen Stock Exchange last September, an IPO that raised more than US$530m and saw the company’s share price surge more than 500% in the six months since.

After graduating from Zhengzhou University in 2009, where he studied advertising, Wang Ning started his toymaking business Pop Mart, which he took public last year, floating the company on the Hong Kong stock exchange and raising US$674m. He now owns 50% and is worth US$6.3bn at just 33 years of age.

Considered a pioneer in China’s booming market for what’s called ‘blind box’ toys, Pop Mart sells collectible figurines in packaging where buyers can’t see what’s inside. The firm’s rise is down the opopularity in China of consumers wanting to build their collections and even during the pandemic when Pop Mart stores were closed, the company’s revenue grew 51% in the frist half of 2020. It plans to open nearly 200 new stores in China by the endo f 2022 on top of the 136 stores it currently has across 33 cities with expansion olanned for Korea, Japan and Singapore. he company has partnered with Disney for its toys, including a line of figures with characters from the Lion King.

A graduate of Hunan University and an early employee of Tencent, in 2000, founded Tencent video, Li then went on to found fintech firm Futu Holdings, in 2007, of which he is CEO and Chairman. Futu is a digital brokerage and wealth management platform that focuses on China’s emerging affluent population.

Having raised funds across various rounds with backing from Tencent, Futu floated on the Nasdaq in 2019 and due to its revenue more than tripling to US$427m last year, its stock increased some 1,400%. Such success is partly down to the rise in home trading which accelerated its online brokerage and wealth management platforms. Stock has exploded over the last year, from just US$10 per share in April last year to trading for more than US$135 now.

Located in Shenzhen, a Chinese city with 68 billionaires according to Forbes’ latest list, Chen Zhiping is credited with being the first billionaire in China to make his fortune on vaping (though there are more now, including one on this top 10). He owes his wealth to having founded in 2009 what has become the world’s largest manufacturer of vaping, Smoore International, and also now the world’s most valuable vape company. Smoore manufactures custom vaping devices and components to blue-chip tobacco and vape firms including British American Tobacco and also owns a private line of vape products. nearly half of its sales coming from China and Hong Kong.

Zhiping, who serves as CEO and Chairman, successfully floated the firm on the Hong Kong stock market in July 2020, the first vape company to float on in Hong Kong, with the company’s stock rising nearly 150% above its IPO pirce, achieving US$900 in generated investments. Smoore’s co-founder Xiong Shaoming is also a billionaire.