Why Japanese and South Korean universities are the most innovative in Asia? 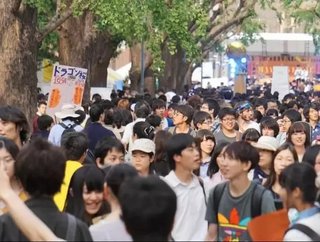 Universities in Japan and South Korea dominate a ranking of Asia’s 75 most innovative universities based on data from Thomson Reuters. Of the top 20, 17 are based in either Japan or South Korea.

Korea Advanced Institute of Science and Technology (KAIST) and Japan’s University of Tokyo topped this year’s rankings, alongside another 15 from the two countries. The Reuters top 75 in Asia is based on institutions that are “doing the most advanced science, invent new technologies and help drive the global economy”.

As well as the research citations common to most international university rankings, the Reuters ranking also gives strong weighting to patent applications and success, focusing on institutions that filed 50 or more patents between 2009 and 2014 and how often the university’s patents were cited by others.

“On average the South Korean and Japanese universities on the list file twice as many patent applications than universities in the seven other ranked countries,” Reuters said.

South Korea has a total of 20 universities in the list and has some of the highest research and development spending globally– roughly 4 percent of GDP – following a strong commitment by its government in recent years.

Universities were also evaluated on how often their research papers were cited by patents and the percentage of articles that featured an industry co-author.

“Of course, just because a country doesn’t have any schools in the Reuters Top 75 doesn’t mean their universities aren’t doing important research. Since the ranking measures innovation on an institutional level, it may overlook particularly innovative departments or programmes,” Reuters noted.