Why Australia needs to negotiate better trading terms with China 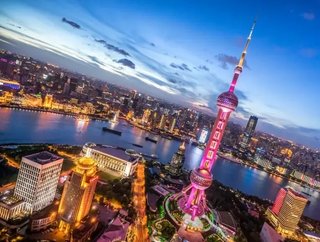 It may be a worry for Australian businesses which have sunk over A$150bn in China since 2014 (growing 40% in the last five years). Why? Because contracts in China may not be worth the paper they are written on. Even Australia’s bilateral investment treaty may be weak investor protection.

Most of us are aware of China’s resistance to international arbitration in its geopolitics, such as ignoring the UN tribunal’s conclusions in the South China Seas dispute. What is less well-appreciated is the precarious rights foreign investors in China may have.

The ability to access ‘independent, international justice’ is one of the most useful things about bilateral investment treaties; especially to protect against the caprice of host state economic nationalism. Oil and gas and mining firms have been active users of BITs against sovereign states, where the ebb and flow of ‘resource nationalism’ is one of the key business risks they face. Recourse to international arbitration is a key factor in tolerating the risk of investing in countries with fragile rule of law. Due diligence is essential before deciding from which jurisdiction (i.e. protected by which BIT) to make a foreign direct investment into a market like China: not all BITs are the same.

Being forced into ‘international court’ (sic) under the terms of a BIT can be a shock for many governments. The President of Indonesia was so outraged at being named (as head of state) first respondent in the case Churchill Mining brought against Indonesia at ICSID, he announced Indonesia would pull out of all its BITs, claiming international arbitration was an affront to Indonesian sovereignty.

Does China today now feel better towards ICSID, given this year’s victory in Ansung Housing v PRC  (an arbitration brought by South Korean investors)? Or given that Chinese business wants to protect itself as problems have arisen in Africa (when suddenly ICSID looks a good idea)? Well, seemingly only for Chinese investment abroad, rather than for disputes involving foreigners in China.

Let’s take the case of Goh Chin Soon, who, as is common amongst ethnic Chinese, also uses a Western business name: Boris Goh. Goh is a Singaporean businessman who was invited by the then Shandong provincial governor in 1993 to invest in the Chinese city of Qingdao. Goh signed a contract, under the 1985 Singapore BIT, to buy over five sq km of land to develop entirely new areas of the city. His developments included over 1,200 condos and over 100 other properties. In today’s values, this property empire would be worth up to US$10bn (the land alone worth US$7bn). Goh says his investments were later stolen from him by officials from the regional Communist Party, for their personal enrichment, using forged documents and corrupt judges.

Goh fell victim to phantom bankruptcies and fraudulent property transfers while he was imprisoned, having been ‘disappeared’, in a remote detention centre in the mountains. After seven months in prison, without charge or trial, he was released on the day the last of his property was stolen (in a final court hearing held without Goh’s knowledge).

There was nothing Goh could do about this, outside of China, because the 1985 Singapore-China bilateral investment treaty, under which Goh invested in China, offers no recourse to arbitration in the case of an investor-state dispute until all the Chinese court options are exhausted. But, up against networks of corrupt officials, each relying upon the influence of the level above them, it was impossible for Goh to progress his case in China (and potentially lethal for him personally to return to China).

After a decade of his trying, Goh achieved a 2013 partial US$148mn settlement deal from Laoshan regional government, which then defaulted in 2014, citing ‘changing central bank rules’.

Why aren’t investment contracts in China automatically respected? Behind much of this is a rather existential, but critical, difference between China and ‘the west’ concerning the status of a contract. Westerners view contracts as mutually binding rights and obligations: fixed as if carved on a tablet of stone. The Chinese, however, see contracts only as a starting point of expected rights and obligations and, not an inviolable agreement.

In China, business obligations rely rather more on guanxi (or personal connections) than written contracts. Guanxi is not necessarily corrupt (and it is important not automatically to conflate the two); but within China it will trump contracts every time.

Put another way, there is a reason why western business executives often say China is the easiest of the emerging markets in which to make business: It’s usually the quickest to grant a contract. Ten to 15 years after a step change in the amount of foreign direct investment into China, the truth of the relative weakness of contracts in China is starting to become clear. There is even a growing problem in some Chinese M&A and securities deals, where we’re starting to hear of cases where the Chinese company does not make settlement or penalty payments due under contract; but, when the foreign company then looks to sue, it finds itself stymied in Chinese courts.

Australia needs to update its bilateral investment treaty with China to align it with international best practice.  To protect Australian direct investors in China, this needs to have an automatic right to ICSID arbitration, bypassing potentially corrupt Chinese courts.

By Stephen Lock, Director of the Center for Justice in International Investment in China (‘CJIIC’): a non-profit campaign highlighting access to justice challenges for foreign investors in China.