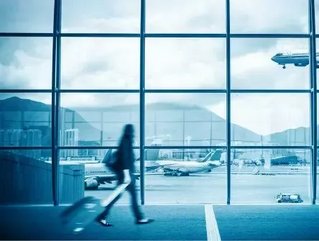 Alan Joyce, CEO of Qantas Airlines, has been under severe scrutiny since announcing 5,000 job cuts to Australia’s national airline. And with a record fuel bill this year, on top of the loss of the company’s premium credit rating, Joyce stands firm on Qantas’s decision to go ahead with significant job cuts to significantly lower costs.

In a bid to gain support, Joyce has tried to instil that the cost-cutting strategy employed by the company is not unusual for global airlines, citing a 30 percent decrease in employees for Japan airlines as an example. He has also expressed complete faith in the employees that will remain at Qantas after the job cuts, even though the company has had to make those 5,000 jobs redundant.

In a senate inquiry on March 14th, Joyce reiterated the call for a level playing field from the government, specifically in regards to Virgin Australia. Qantas’ CFO made it clear in his opening statement Qantas’ first goal is to “always put Australia first.” The committee continued to grill the Qantas leadership however, questioning the faith Joyce had in his employees after 5,000 jobs were to be made redundant, and if there was the possibility to take the job cuts off the table of the foreign ownership caps were changed from their current, restrictive 49 percent only foreign ownership boundaries.

“I can't rule anything in or out,” Joyce said. Although the Federal Government’s bill to remove the limits on foreign ownership limits has cleared the House of Representatives, it’s expected to fail in the upper house.

Scepticism continues to increase for Qantas, as the Assistant National Secretary of the Australian Services Union warned that 10,000 jobs (1 in 3 at Qantas) could potentially be based offshore. This includes any job that does not require face to face interaction with passengers.

This statistic has raised concerns about the standard of work in international maintenance facilities should an overwhelming number of maintenance jobs be outsourced. There is a bigger ratio of licensed engineers to unlicensed workers in outsourcing locales, notably 1 to 22 in the Philippines.

Joyce claims that errors in maintenance were unavoidable, and that fault levels were no higher from offshore than onshore maintenance.

We will continue to keep you updated on the developments at Qantas in the coming weeks.