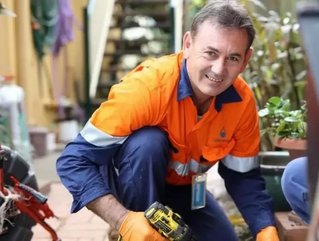 Unitywater was born against a backdrop of unprecedented industry reform.

In the early 2000s, the Queensland government made a decision to consolidate water and wastewater services, which previously had been the responsibility of local councils within South-East Queensland (SEQ). Australia had just endured the Millennium Drought, Queensland had suffered a full decade of record low rainfall and water security was the driving force behind much of the era’s decision-making. The political intent of Queensland’s water reforms was therefore to effectively drought-proof South-East Queensland.

In July 2010, Unitywater was established as part of this water reform programme, as the entity that provides water supply, sewage and trade waste services to residential and business customers from Noosa in the north to Moreton Bay and the boundaries of Brisbane City in the south.

In 2012 it was placed under the leadership of CEO George Theo, who brought a unique understanding of Queensland's water challenges through 25 years’ experience in key roles within the water industry.

As it has been set up, Unitywater now has just three shareholders: the Noosa, Sunshine Coast and Moreton Bay Councils, themselves reconfigured under a recent amalgamation programme. It purchases bulk water from South-East Queensland Water (Seqwater) and distributes it to some 750,000 residents across the region. Another important part of its work is to collect, treat and dispose of sewage.

George Theo walked into a very complex situation when he took on the role of CEO. Unitywater was an amalgamation of six local authority water businesses serving the heavily populated and fast-growing area of South-East Queensland to the north of Brisbane.