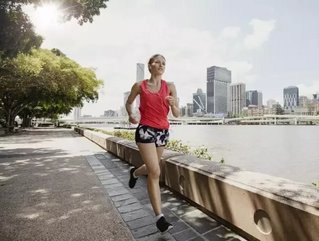 Serving as the gateway into Queensland, Brisbane sits along the banks of the river from which it gets its name. The third most populated city in Australia with a metropolitan area that is home to 2.5 million people. Brisbane was founded after a penal colony had been established 17 miles north of the current business district and the population was subsequently resettled to North Quay in 1825, which became a free settlement in 1842. When Queensland was proclaimed a separate colony from New South Wales in 1859, Brisbane became the capital.

During the second World War an estimated one million American soldiers were based around the head quarter for General Douglas McArthur, centred in Brisbane, which only had a population of around 7mn at the time. The privileges afforded to American soldiers and attitudes from Australian troops led to the battle of Brisbane on 26 -27 November when over 7,000 Allied soldiers rioted.

The business district is situated within the peninsula of the Brisbane river nine miles from the river mouth at Moreton Bay and compromises a diverse range of industry within it. The central business area is populated by information technology, financial services, higher education and public sector offices. Further along the river, blue-collar industries such as petroleum refining, stevedoring, paper milling, metal working and railway workshops. Brisbane’s AU$162bn economy accounts for 49% of Queensland’s economic output and 9% of Australia’s output, according to reports from the Brisbane city council.

As part of the “Smart State” initiative, the city has benefited from a surge in technology and scientific development since the late 1990’s. Through government investment in higher education institutions such as the Molecular Bioscience institute within the University of Queensland (UQ) and the Saint Lucia Campus Commonwealth Scientific and Industrial Research Organisation (CSIRO) programme, Brisbane has driven innovation through industry.

With businesses both domestic and international founding their contact offices within Brisbane, the city has become a trade hub for the country. The local population has the fourth highest median household income at AU$57,772, annually.

Virgin Australia holds the largest fleet under the Virgin brand with 98 air carriers. Based in Virgin Village in Bowen Hills, the company was founded by Richard Branson, founder of Virgin Group and Brett Godfrey, former Virgin CEO and generated AU$5.4bn in revenue last year. As of 2008, 1,000 employees work out of the Virgin Village building, with Branson and Godfrey deciding to move the offices from Fortitude Valley in 2006.

Orrcon Steel is a distributor and manufacturer of steel, tube and piping, formed through a merger of Welded Tube Mills and Hills Tubing division in October 2000. In 2010 Orrcon Steel acquired five branches of SteelBarn in Queensland, in August 2013 BlueScope bought Orrcon from Hills ltd. Currently more than 500 employees work for the company producing hot-rolled steel, roofing and business accessories for the steel fabrication industry, generating AU$71.7mn annual revenue.

Founded by Adrian Di Marco in 1987, Technology One produces next-gen accounting software using relational database technology. Since 2012 the company has transformed into a software as a service business, launching its cloud-based software in 2014, which enabled its 1,200 users to access Technology Ones SaaS software remotely. In 2019 the company announced an annual revenue of AU£3000mn.

In an effort to grow the city’s infrastructure and economy, Brisbane has joined the New World City initiative. New technologies are being implemented to increase operational efficiency of the city as well as lay the foundations for future innovations. Technology such as Bluetooth intelligence to monitor traffic flow, reducing congestion and emissions across the city. Australia’s modern and active transport systems, like Brisbane Metro contribute to this sustainability with reliable and efficient mass transport for citizens. New innovations in the transportation fleet allow commuters access to USB charging ports and free Wi-Fi to remain connected during journeys. Smart irrigation systems to keep the city sustainable, water monitoring devices are connected to weather stations, reporting water flow in real time to optimise the city’s usage. Small businesses are supported by focused funding and innovative technology that creates job opportunities. The innovations are not purely for municipal use, nurturing a vibrant lifestyle through unique digital platforms and unique public spaces that encourage cultural and economic growth through higher engagement between the city and its population.