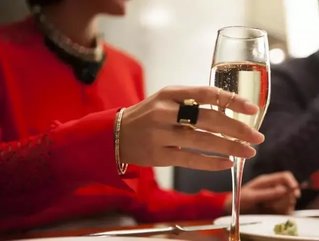 We took a look at Deloitte's global list of luxury goods companies and found out which Asian businesses and their brands made the cut.

Overall, Sungjoo D&D Inc ranked 62nd on Deloitte’s global list, with a recorded revenue of $499mn according to the consultancy firm. Based in South Korea, the company owns the luxury MCM brand which it purchased in 2005. MCM, also known as Modern Creation München, is a leather goods brand which was founded in 1976 in Munich, Germany. The brand operates through over 300 stores in 35 countries, as well as distributing to over 200 retailers.

Renown Incorporated owns the luxury brands C’est Privee, D’Urban and Intermezzo. Based in Japan, Deloitte places the company’s recorded revenue at $590mn, ranking 58th on the global list. The company dates back to 1902 and states that its development as a group “mirrors that of the Japanese fashion industry itself”. The company also owns a directly-managed retail store business, Jib Retailing Inc, which it established in 2014.

Zheijang Ming comes in at 48 globally with Deloitte putting its revenue at $843mn. It owns the luxury jewellery brand MINGR. As a whole, the company designs, researches, develops, manufactures and distributes its products. Ming Jewelry is based in Shaoxing city, Zhejiang province.

PC Jeweller owns both the PC Jeweller and AZVA brands. The Indian company has been placed at 44 globally by Deloitte, which puts its revenue at $1.13bn. The company started in 2005 and went public on the stock exchange in 2012. It now has around 94 stores across 74 cities. Its luxury AZVA collection includes bridal jewellery.

Hubei Eastern Gold Jade Company is based in Shenzhen, China, and operates primarily under the Eastern Gold Jade brand. Overall, Deloitte has awarded the company a ranking of 36th globally and states its revenue as $1.43bn. The company is involved in all aspects from researching to retailing products including jade, gold and diamond jewellery as well as mosaics, decorations and carved emeralds.

Are Nissan's self-driving slippers a sign of Japan's tourism boom?

Titan Company Ltd is based in India and comes in as the 31st biggest luxury goods company in the world. Deloitte puts its revenue at $1.74bn. The company owns the Tanishq, Titan, Zoya, Nebula and Xylys luxury brands. Titan was formed as a joint venture between the TATA Group and the Tamil Nadu Industrial Development Corporation in 1984. The Titan brand mainly produces watches and key brand Zoya produces luxury diamond and gold jewellery.

Luk Fook Holdings was established in 1991 and is a leading jewellery retailer in Hong Kong and Mainland China. Deloitte puts the company at 28 globally, reporting its revenue as $1.81bn. As a whole, the company has over 1,640 shops across Mainland China as well as in Hong Kong, Macau, Singapore, Malaysia, Cambodia, the US, Canada and Australia. The company has a large-scale jewellery processing plant in Guangzhou which has a total area of 350,000 sq ft.

Chow Sang Sang Holdings International Ltd is a precious metals wholesale group based in Hong Kong and the holding company for the Chow Sang Sang luxury brand. Deloitte places it at 25th globally with a revenue of $2.46bn. The company was set up as a Goldsmith in Guangzhou in 1924 and its Mainland subsidiary remains headquartered there. Chow Sang Sang is a member of the Shanghai Diamond Exchange and has over 50 stores in Hong Kong, Macau and Taiwan with a further 155 in Mainland China.

Overall, Lao Feng Xiang is the 13th biggest luxury goods brand in the world according to Deloitte, which puts its revenue at $5.75bn. The company is the oldest jewellery business in China having been founded in 1848 in Shanghai. It now has around 2,700 stores across Mainland China and operates in both Sydney, Australia and Vancouver, Canada. The company produces and sells a range of jewellery including engagement and wedding collections as well as gold, pearl, diamond and jade items.

Chow Tai Fook Jewellery Group Limited, which operates its own named brand as well as the Hearts on Fire luxury brand, is ninth in Deloitte’s global ranking and the biggest luxury goods company in Asia. Based in Hong Kong, Deloitte puts its revenue at $7.3bn. The company was founded in 1929 and its flagship brand is now iconic in China. The Group is currently working on improving its online-to-offline offering to become competitive in omnichannel retail. The company mainly offers high-end and mass luxury jewellery and has 517 retail locations as well as 192 counters within other outlets. As well as Hong Kong and Mainland China, the company is also present in the US, South Korea, Japan, Taiwan, Macau, Malaysia and Singapore.