By Natalie Meyer, founder of Tokyoesque
May 20, 2020
undefined mins 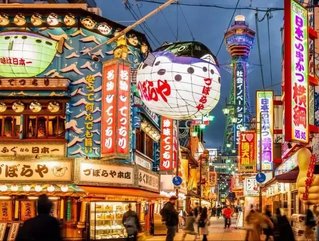 The APAC region is home to thousands of digital transformations, both large and small. What is not often considered is the cultural contexts upon which these innovations occur. Consumer and market behaviour / expectations according to culture remain areas that are relatively underexplored.

At Tokyoesque we use cultural insight to understand the cultural influence of innovation, both in Japan and more broadly throughout APAC. Japan has often been a trend-setter in the region, especially as large Japanese corporations continue to develop innovation centres and forage out of Japan into new markets.

For example, Japan’s cultural appreciation for anime, characters and mascots has allowed the field of AI and robotics to flourish. On the other hand, Japan keenly looks towards the West for hints to achieving working styles emphasising flexibility and wellbeing, which stand in contrast to their own rigid and formal business culture. In this way, culture colours all innovation trends in Asia. We always urge businesses to decode culture and innovation before they set out to expand into these rich markets.

Below are three major digital innovation trends that we believe are disrupting conventional business in the APAC region, drawing on specific case studies from Japan.

AI and RPA (Robotic Process Automation) is perhaps the most discussed topic in innovation today in Asia, and especially in Japan. According to Japan Tech Leaders Summit 2018’s survey, 70% of executives agreed that in the near future, the term “workers” will include both real humans and AI machines. Japan is well-known for spurring research and development in the field of robotics, and citizens generally have an amicable perspective of robots and 2D avatars as their potential to convey and understand human-like characteristics such as emotions are much more acknowledged.

One aspect unique to Japan is the high level of expectation around convenience and speed. E-commerce giant Rakuten has announced that it will be pilot testing drones as part of delivery services this summer in Kanagawa, Japan. The drones will deliver food and drinks to nearby Sarujima Island, a famous tourist destination especially for summer barbecues. Customers are able to order, track and pay via the mobile app, choosing from more than 400 items including fresh meat, vegetables and first-aid kits from partner retail store Seiyu.  By integrating AI technology, drones are able to circumnavigate obstacles, which they were unable to do before and pilot themselves autonomously with the ability to determine the direction of travel. Convenience is more of a significant factor in retail in Japan compared with any other market, so the implementation of AI for these purposes is more likely to be adopted.

Another aspect unique to the Japanese market is the widespread use of avatars. Tokyo-based start-up UsideU has developed an AI-driven virtual robot that can realise smooth, high quality customer service via an avatar called ‘Ayadoroid’. Japan is unique in that mascots are often used in marketing campaigns, since they are such an ingrained and accepted part of the culture (see our blog on mascot characters in Japan). This means that androids like Ayadroid come across as being quite familiar.

There is significant interest from major Japanese corporates in adopting AI technologies across various fields, but one challenge is that the final objective isn’t always clear. As a result, many companies want to adopt AI technology simply because it seems like the ‘trendy’ thing to do. Though Japan is often thought of as having a comparatively risk-averse culture, some Japanese companies are seeing opportunities to expand the use of AI by forming strategic partnerships with experimental foreign players in the industry.

Over the past few years, maintaining a work-life balance and overall wellbeing has been a key trend globally, and Japan and South Korea have especially taken up this trend in the APEC region.

Sleeptech is one of the rising trends in Japan as a result of an increased awareness around health and wellbeing. Tokyo-based start-up Neurobase offers services to employees at more than 50 companies to enable better sleeping and exercise habits in both their business and private lives. They also spearhead Marunouchi Health Company, a fictitious company that users in the Marunouchi area (central Tokyo) can get ‘employed’ in via a mobile app. They can climb the promotional ladder by completing set goals that enhance their wellbeing in the office.

Coworking spaces are now a long-established innovative trend, with major brands such as WeWork establishing a world-wide network of collaborative working areas. Asia is catching up with this trend, and one of the most innovative spaces includes Studio Black by Hyundai Card in Seoul. In addition to the typical features of a coworking space, it uniquely features the photo room which is designed for taking promotional photos of products and images for websites, and the device room that allows all testing of all device types, from iPhones to Android and is also equipped with a 3D printer. Studio Black is also known for its high security levels, ensuring companies can maintain their privacy. Companies from all over the world are based here, including Hostelworld, AppsFlyer and Remerge.

In Japan, there is an increasing momentum and awareness around wellbeing, especially in light of a government initiative called %u50CD%u304D%u65B9%u6539%u9769 (hataraki-kata kaikaku - ‘Work-style Reform’).

Given the relatively formal business culture, however, Japanese workers worry that taking time off to relax or exercise would be seen as ‘slacking off’. Overcoming these kinds of preconceptions will be one of the main challenges for the wellbeing industry in Japan.

Although Japan may be known for over-packaging items, Japanese businesses are quite green-conscious when it comes to combating air pollution and clean energy.

Japan is a world leader in floating solar panels. Japan is home to 73 of the world’s 100 largest floating solar panels. In an age where land to set up solar panels is becoming very limited, floating panels are up to 16% more efficient than their land-based equivalents, easier to connect to the grid than wind-based ones and help preserve water from evaporating, while keeping the water in quality condition to prevent the growth of algae. Mitsui Sumitomo is leading some of the largest projects in Japan and all over Asia.

Convenience stores are a staple of everyday Japanese life and as a result they had been one of the main perpetrators of accumulating plastic waste on a wide scale. With the 2019 G20 Summit having been held in Osaka, there was an added bonus on Japanese businesses to step up their ‘green’ game in advance. This year, all the major names in Japan’s convenience store retail emphasised their commitment to driving change around plastic consumption. In particular, Seven Eleven has promised to wrap more than 2 billion of its popular onigiri (seaweed-encased rice balls) in plant-derived plastic, rather than the conventional type. The move is expected to reduce Seven Eleven’s carbon footprint by 403 tonnes every year.

While businesses are keen to improve their environmental impact, individual consumers in Japan are relatively uninterested in ethical consumption, as convenience tends to outweigh the benefits of ethical shopping.