Theo Spoerings to leave Fonterra after seven years as CEO 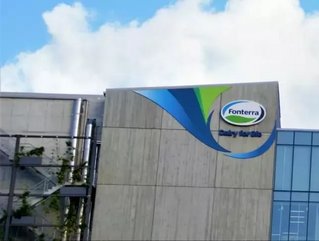 Fonterra confirmed in a statement that a succession process is already underway and initiated an international search in November to identify potential candidates.

The company was expecting to make the announcement in April but has brought it forward to avoid speculation. Some reports are suggesting troubles in China are behind the resignation, although Chairman John Wilson denied this claim.

Spierings commented: “It is now time for a new CEO who can lead the Co-operative through this next phase. The time is right for the Co-operative and that is important to me and to the board.

“It is also the right time for me personally. I look forward to new challenges, but right now my focus is on Fonterra. That will be the case until I finish with the co-operative.”

Fonterra recently committed to huge plant upgrades in Australia, and Wilson has said that the company’s immediate focus is on the Chinese market.

“It is not yet clear exactly when any appointment for Theo’s replacement will be made, but it is absolutely clear that Theo will continue in the meantime to drive the co-operative’s strategy and business, with special emphasis on China,” he confirmed.

Fonterra also recently announced a partnership with The a2 Milk Company, which will see it produce a2 products at facilities in Australia and New Zealand.