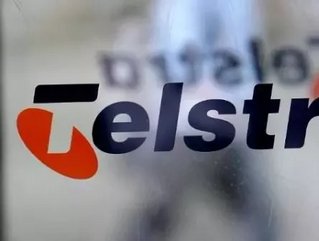 Telstra may sign a deal with NBN Co, possibly surrendering its throne over the fixed communications network in Australia. Prime Minister Julia Gillard is expected to unveil a historic $11 billion infrastructure-sharing agreement with Telstra, finally locking down the national broadband network and completely restructuring telecommunications throughout Australia. This agreement is supposed to be made as soon as tomorrow, after the cabinet met on Monday to discuss the deal.

The board of NBN Co, the government-owned company that is building the network, met and approved the deal last Friday, while Telstra’s board met during the weekend to discuss the deal.

This would be a big deal for Telstra, who expects to receive $11 billion from taxpayers in return for gradually shutting down its copper wire network and sharing its underground ducts with NBN Co, reports The Sydney Morning Herald. Without the Telstra agreement, which still requires approval from Telstra shareholders, construction of the national broadband network could be pushed back even further. A rejection of the deal by Telstra could disrupt the rollout timetable, bringing the whole broadband project into question. If the deal is rejected, NBN Co would also have to compete against Telstra for customers who already use its copper and cable networks.

This deal reportedly would be very beneficial to NBN Co, saving it about $1.7 billion in construction costs and improving its business model, because customers would quickly migrate to NBN Co, according to The Sydney Morning Herald. Households and businesses will have to use either NBN Co’s fiber or rely on wireless services.

Telstra is expected to receive approximately $4.5 billion for transferring customers and about $4.5 billion for a long-term infrastructure-leasing contract, but these figures may increase over time. By agreeing to the deal and shutting down its copper and cable networks, Telstra will ultimately end its monopoly over the fixed communications network in Australia.

The government is ready to lock this deal down and get the national broadband network rolling, hopefully shifting the focus away from the corruption scandal surrounding the former employer of the NBN Co’s chief executive, Mike Quigley.