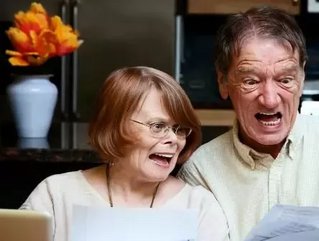 The Australian Communications and Media Authority (ACMA) have heeded the complaints of Australian customers by forcing telecommunication companies such as Telstra and Optus to institute customer service reforms by February or face fines of up to $250,000.

After an 18-month inquiry, the ACMA found that bill shock, misleading contracts, and slow complaint resolution were the three main problems with telcos’ customer service.  "The way in which the telecommunications industry in Australia deals with its customers must change, and change immediately," the ACMA’s Reconnecting the Customer report stated.

Clare O’Reilly, who wrote the report, said it was unacceptable that so many Australians were spending three or four hours trying to resolve complaints with telcos.

Telcos will now be required to send either SMS alerts to mobile phone customers or emails to internet users to warn them as they approach the limits on their spending plan.

Customers will also be alerted when 95 per cent of the free calls or internet downloads included in their monthly payment are used up.

Alerts will also be sent once customers have used either 50 per cent or 80 per cent of their free time to avoid bill shock and to keep them from exceeding their limits.

Telco companies that don’t establish an alert system by February will not be allowed to charge customers any more than 50 per cent above the cap. Previously, companies such as Telstra charged high rates for exceeding data quotas.

All telcos will also have to disclose the total cost of an average two-minute mobile phone call, a standard SMS and the downloading of one megabyte of data. This will enable customers to more easily compare different providers such as Vodafone and Optus and their prices.

Contracts will also be simplified so that customers can see how many two-minute calls they can make under various cap plans.

Also the use of the term “cap” is being regulated to only include a ceiling on spending rather than a minimum monthly charge. The Communications Alliance said that so far telco companies have agreed to introduce the reforms. Optus, Vodafone, and Telstra have already begun alerting customers to the upcoming changes.

Check out this video from KOB Channel 4 Highlighting the Reform: