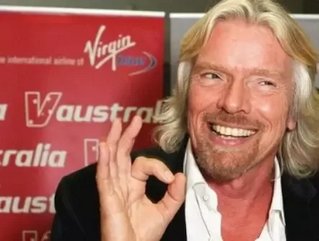 Virgin Enterprises, the conglomerate’s brand licensing division, is moving to the European mainland to also focus on international development, Bloomberg has reported. Markets like Asia and Latin America in the mobile phone and leisure industries could be targeted. Although Virgin Enterprises had revenues of £32.4 million in the year to March 2010, international taxes were in the upwards of £10.1 million, including a £4 million UK tax credit.

“However, the most recent accounts show that the company had also accrued a bill to the Treasury of £26.9 million in corporation tax, a number that accountants said was unusually high considering the company's turnover,” The Guardian reported.

The move of Sir Richard Branson's business to Switzerland can be attributed to the country’s attractive tax rates, which is the federal rate of tax plus one levied by the canton.

“Like many international groups we have a management presence there, and this will accelerate our expansion,” Virgin said. "Virgin Group has become increasingly focused on the development of the Virgin brand internationally and especially in emerging markets.”

The company said that its other UK-based businesses including Virgin Atlantic, Virgin Trains and Virgin Money will stay put there.