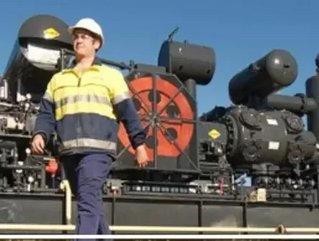 Gas producer Santos is poised to become the biggest owner of gas fields in NSW, now that’s it moved in on Eastern Star Gas with a $924 million acquisition with a $284 million selloff.

The deal includes the sale of 20 per cent of Eastern Star Gas’ permits in the Gunnedah Basin, northern New South Wales, for A$284 million to TRUenergy Holdings, where in Santos will assume operatorship of Eastern Star Gas at 80 per cent. The cash proceeds from TRUenergy fully cover Santos’ anticipated incremental capital expenditure to fund its share of the ongoing development of the Gunnedah Basin to the end of 2014.

The sale, which values Eastern Star Gas’ shares at Based at $0.90 per ESG share, builds on Santos’ existing interests in the Gunnedah Basin.  Following completion, Santos will have the largest natural gas reserves position in NSW, with 1,216 PJ of 2P reserves and 2,238 PJ of 3P reserves.

Santos CEO David Knox said, “This transaction represents the next major step in Santos’ eastern Australia gas strategy and positions the company to meet the expected increase in demand for natural gas from both domestic power generation and export LNG markets.”

Eastern Star’s board has unanimously recommended the deal.