Qantas and Virgin at odds over government assistance 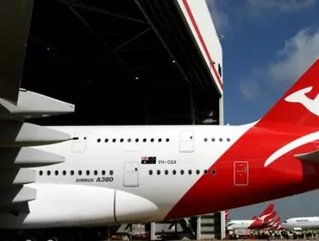 Qantas, Australia’s national airline, has planned to cut 1,000 jobs because of the $300 million loss they experienced in the first half of the financial year. They have asked the government to ease restrictions, or to guarantee their debt so they can stay competitive. Prime Minister Tony Abbott has said that he is willing to lift the regulations impeding foreign companies from owning more that 49 percent stake in Qantas, but several people are against this move, and argue that a national airline, owned in majority by Australian companies, is a sense of national pride.

Abbott believes in a level-playing field, but is against the company getting a “free ride” out of its troubles on the taxpayer’s back. Qantas has made it clear that it only wants to be able to have a fair chance, and is not interested in handouts. Sir Richard Branson, founder of Virgin Australian Airlines, does not believe them.

Branson believes that taxpayer assistance for Qantas will negatively impact business’s choice to invest in Australia and its companies, and would “severely damage competition in Australia [and] encourage others to ask for handouts.” He goes on to argue that Qantas already has significant advantages over his company, that they are a dominant player in the market and that the company already receives the majority of federal government travel spend. Branson even went so far as to take out a full-page advert in News Corporations newspapers this past Sunday to make his case.

Qantas says they are fighting for the best travel experience and options for its customers; Virgin believes they just want an unfair leg up. This saga is far from over, as Treasurer Joe Hockey has come out and said that the decision to assist (or not assist) Qantas is not an immediate priority. No one is quite sure what the impact will be on travellers, but with Australia’s high hopes on increasing international travel for the coming year, hopefully the answer plays out in the flier’s favour.